Growing up I had no idea how to be healthy. My parents had no clue what eating healthy really was. I am the youngest of 6 kids. Oldest being 17 years older then I am. When I was young my 4 older siblings kept leaving the nest and my parents kept cooking for 6 kids.

The reward for me was food

Memories of going to McDonalds or out for pizza at Pizza Place or burgers at the local chip stand will always be fond memories for me. As my closest in age brother grew up the larger, our intake of food grew. My mom was concerned and tried to get us active. We joined local Judo and TKD clubs. We joined the gym when I was 8 years old. No proper direction was ever given. I was being told by skinny people how to be skinny.

By the start of junior high I was already pushing 200 lbs. We were already started with sessions at the lipid clinic in Winnipeg to help. Every 6 weeks my brother & I would fast and then head into the city to have blood taken. They would check all our levels. Our reward? Burgers from McDonalds or Burger King!

The “specialists” and the healthy lifestyle

The dieticians would tell my mom we needed a healthier diet. My parents would go on the salad kick for a week and then my dad would want his greasy food and we would all be back to eating our regular diet of breads, potatoes and fried meats.

The problem I always had was these “specialists” would be telling me how I would have to be 7 feet tall to be what I weighed and I should eat less. Less what? Less then what I was eating? Sure “Put the fork down fatty!” is what they made me feel like.

Years I studied and looked for ways to lose weight. Having also been diagnosed with Fibromyalgia at 14 didn’t help. I joined the gym at 15 again and started lifting weights. I got in pretty decent shape but my diet was poor. My dad had suffered a few strokes by this point and still refused to change his diet.

After years of battling my own weight issues I took my years of knowledge and put it to work. I still battled weight and eating problems through my 20’s. I was training and also became a pro wrestling trainer. A few injuries sidelined me and in 2007 I let things get to their worst. Weighing close to 300 lbs and having a waist over 44″ I had enough. Working within my limitations I overcame my issues and lost over 100 lbs in 9 months. The picture with this the top row in July 2007 – August 2008. I began working out steady in December 2009 and got serious with my meal plans and tracking EVERYTHING!

Through 2008-2014 I maintained and played around with my programs. Then I put my back out. I was laid up again for almost a full year. Took everything I had to not throw in the towel in 2015 when I started working out again. Almost a year and a half later and I am back, healthy,making changes to people’s lives! 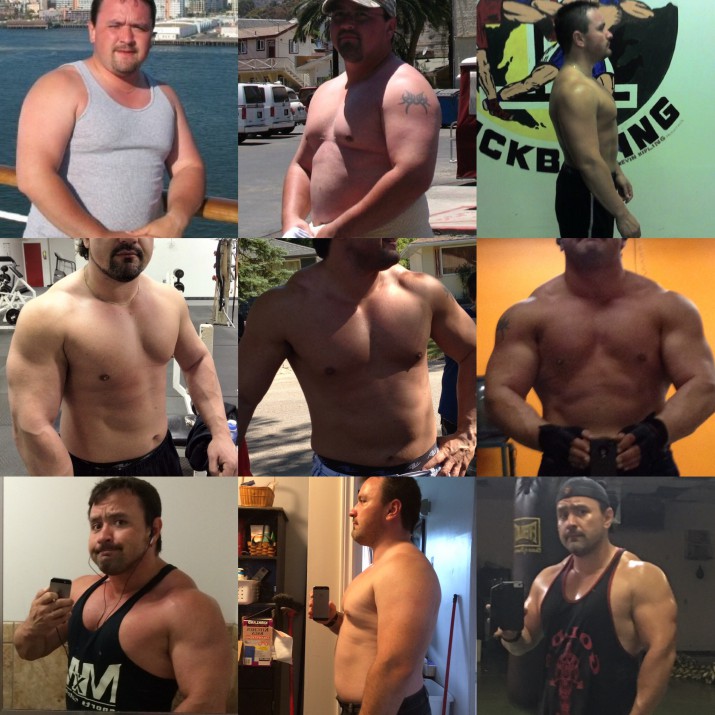 I do this to help

I do this to show people there is someone who cares and has been through it. I don’t work anymore. I live each day doing what I love and was meant to do!

What can a coach do for you? A coach can help lay out a long-term progress plan, keep you accountable, stop you from second...

Function and functional exercise has without a doubt become the most over used words in fitness circles to date. Doing...

All About Macronutrients
Amanda Savage January 25, 2018