A nice lean, toned body is something the majority of people in the world wants and can be achieved by caloric deficit. But if it means cutting back to just three small meals, and going to bed at the end of the day starving, does it even worth it? What if I told you that you could have your dream body and still be able to eat enough food to keep you feeling satiated at the end of the day? 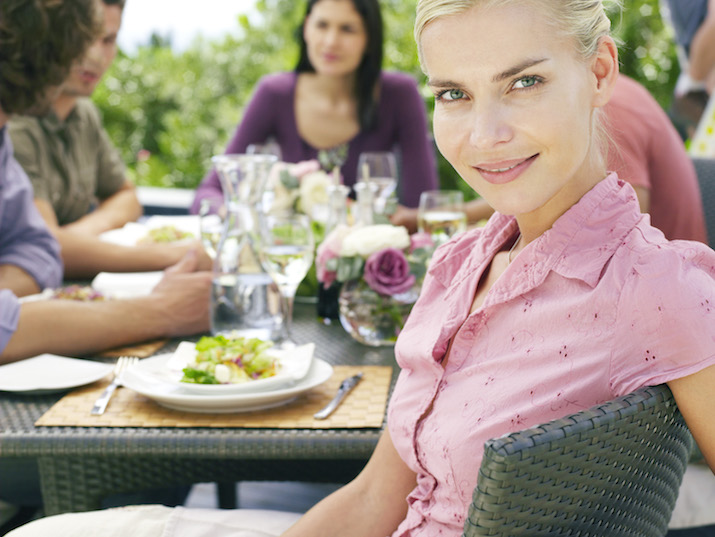 Cut down on calories, without cutting down of food

The truth is, if you’re trying to decrease your body fat percentage, at the end of the day you do need to be in a caloric deficit. That means you need to expend more calories throughout the day than you consume. When most people see that, they say: “So I either need to deprive myself of food, or train every single day?” Not true.

It’s not about the quantities of food you’re eating each day. It’s the total number of calories. You can have a large plate of skinless chicken breast and salad and still be consuming less calories. Compared to a smaller plate of chicken with the skin still on and salad drenched in a dressing. Or six egg whites with bacon compared to two whole eggs with bacon. Simple substitutions like that allow you to eat the same amount of food or even a little bit more. However, you still can consume less calories.

The timing of your meals play a large role in what your body does with the calories provided. For those who don’t know, the three macro-nutrients -carbohydrates, fats and protein are what give the human body energy. There are a few key aspects you want to achieve by timing your meals correctly.

How much protein should you be getting each day?

So now that you know how to get the most- or should I say ‘the least’ out of the food you’re eating, the next big question is what should those calories be made up of in terms of the three macronutrients? Let me kick this off by stating that ‘Protein is King’.

If we don’t get enough protein from our diet, our health and body composition suffers. Studies have shown that a protein intake at around 30% of total daily calories boosts metabolic rate by up to 80 to 100 calories per day, compared to lower protein diets. But probably the most important contribution of protein to fat loss, is its ability to reduce appetite and cause a reduction in caloric intake.

Now, once you have your protein figured out you’re looking at your energy, and that is where you carbs and fats come into play. Sticking to moderate-low GI carbs and unsaturated fats are not only going to keep you more energised throughout the day but they will also keep you feeling full and satisfied.

While the saying “Abs are made in the kitchen” is fairly true, training still plays a huge role in fat loss (especially if you want to eat as much food as possible). The consensus is that the best type of training to reduce body fat is long spurts of cardio. How many times have you heard someone say “I don’t want to train with weights because I don’t want to get bulky”? I hear it every day.

Most women fear that they’ll pick up a pair of dumbbells and automatically gain 5 kilograms of muscle. That might be a slight exaggeration but you get my point. While half an hour of hypertrophy/strength training won’t burn as many calories in that time as half an hour of non-stop running on the treadmill. It will raise your metabolism long after you’re finished—experts estimate that your metabolism stays elevated for up to 39 hours. And as previously stated, if you’re in a caloric deficit is it impossible to gain weight and get bulky. Bottom line, pick up those weights.

Dieting is not easy. If it was, everyone would be fitness models. But it doesn’t have to be the most horrible thing in the world either. As you now know, you don’t have to drastically cut back on food to lose fat. Gradually make these changes to your diet and training. Be patient, be consistent and most importantly don’t give up. Do these things and you’ll be the best version of you before you know it!

We can all find it hard to get motivated at this time of year, especially in colder climates. I have just got back to the...

If you are an athlete competing in a drug tested sport, you are probably already aware of the potential for supplements to...

How to Use TRX to Get Trim and Toned
Michelle Riley January 15, 2017

How TRX exercises can get you that “Trim & Toned” Look I began using the TRX suspension training system with my...