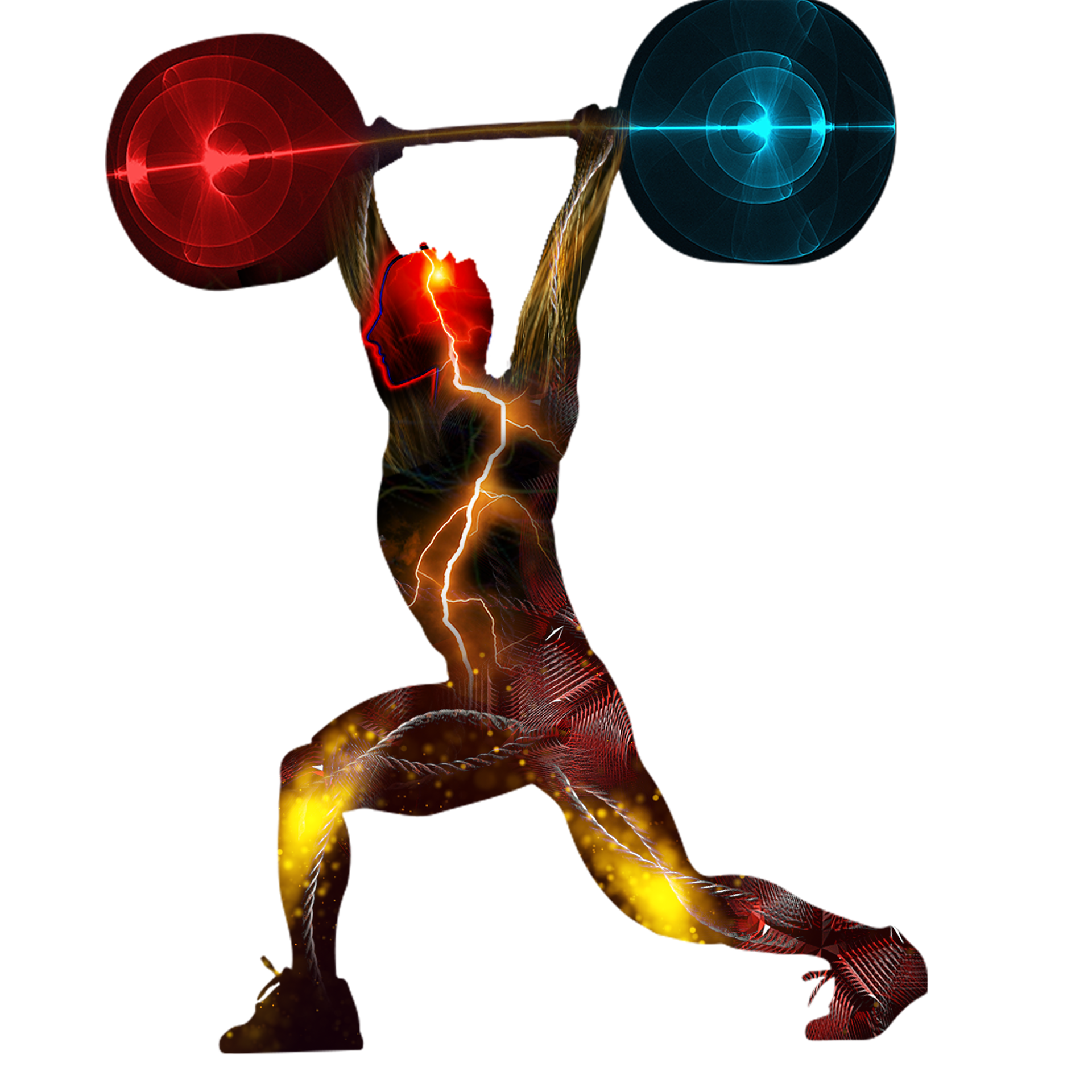 When I was a kid, I remember seeing my grandmother (on my mom’s side) pulled out the entire front row of her teeth and throw it into a cup of water. Needless to say, it was really disturbing. It made me ponder hard about if my teeth were fated to become like hers. Obviously, as I grew up, I understood it was her false teeth but the thought of why it would fall out always stuck with me. So, today I will unpack my recent interest in the study of telomeres.

Why do we age?

This question has been the stuff of books, myths, and legends. Stories of kings, queens, and foolish mortals seeking immortality have been a part of our society since the day we could question why. For many years, scientists have been trying to figure out the cause of aging. By all accounts, we shouldn’t age because as long as the cell can replicate itself we should go on indefinitely but yet we all meet our demise naturally, or unnaturally. This is where the role of telomeres come in. Understanding it may make aging a thing of the past.

So what are telomeres?

Telomeres are the caps (kind of like the caps of a shoelace) at the end of a chromosome. Once these caps decrease to a certain length, everything age-related is signaled throughout the body. Everything from skin elasticity, to testosterone and estrogen production, to the brain and other organ functions, start to decline. Certain diseases, even cancer, have been associated with the length, or lack thereof, of the telomere.

The word telomere comes from the Greek nouns telos “end” and merοs “part”. In a series of events starting in the early 1970s, Russian biologist Alexei Olovnikov was the first to understand that the chromosome ends could not completely replicate itself. He suggested that every time a cell replicates itself, a certain amount of the DNA sequences are lost. When the loss reaches a critical level, the cell division ends. This research continued, in the mid-1970s, with Elizabeth Blackburn, a student at Yale University, along with Joseph G. Gall, who discovered the unusual nature of telomeres, with their simple repeated DNA sequences composing chromosome ends.

In 1983,  Barbara McClintock, an American cytogeneticist, observed that the chromosomes lacking end parts became “sticky” and hypothesized the presence of a special structure at the chromosome tip that would allow chromosome stability. This hypothesis was proven true by the continued research of Blackburn, Carol Greider, and Jack Szostak, who discovered that chromosomes are protected by telomeres and the enzyme telomerase. All four scientists ended up winning a Nobel Prize for their work.

Recent Findings and Publishings of Telomere Length and Exercise

Starting around 2002, there have been several, in-depth, research papers that have been published on telomere length in mice, the common person, and elite athletes and how lifestyle choices affect the length. In one study, scientists found that avoiding a sedentary lifestyle and adding a little exercise per day lead to greater telomere preservation. Even more fascinating in another study, they found the length of the telomere was longer and more well-preserved in athletes who regularly participated in vigorous activity throughout their lifetime. Athletes between the ages of 40-50, who always maintained a healthy lifestyle, had little to no decay of their telomeres. They appeared to be years younger than their non-athlete counterparts in terms of their telomere length. This could be because their bodies maintained a good metabolic balance. This helped with healthy states of oxidative stress and inflammatory status, which in turn delayed telomere attrition.

Although, it is worthy to mention that scientists still do not fully understand the correlation, if any, between the two. In a much larger study, which consisted of 4,600 participants on two occasions, with 10 years between each measurement. The results of this analysis “indicated that physical inactivity was associated with short telomere length, but not with the change in telomere length over the course of the 10-year observation period. These data, from a large pool of healthy participants, cast doubt on the influence of physical activity on telomere length.”

Meaning genetics might be a bigger factor in telomere length. The fact that some people are just born with short telomeres but physical activity could delay the caps from shortening even more. This is still ongoing research and has yet to definitely proven.

The Future of Aging

Now that scientists are starting to understand the role of telomeres and aging. In the near future, doctors, nurses, and health professionals will play a vital role in how we age. Assessments, prescription medication, and services will start to change as this new knowledge becomes more aware by the general public. A preventative approach may benefit the medical field. Healthier individuals will be less of a burden on taxpayers and insurance companies. Just as smoking and drinking affect the cost of your health coverage. Health insurance costs might be scaled according to an individual’s physical and dietary habits. Examples of it are slowly popping up on the marketplace.

With stem cell injections and gene editing on the horizon, people living longer will present all new challenges to our society. One can make the assumption that living longer than 100 years will become the norm. With that, a level of responsibility will be placed on that population. This is a whole, deeper topic that I will talk about at a later point. For now, the current state of “health” and having “quality years” is still an issue that needs to be tackled.

What Does This Mean? Health Is Wealth When Discipline Is Freedom

There are a lot of things that are out of our control: angry people, inhumane bosses, intolerable friends and/or family members, an unforeseeable catastrophe, or insurmountable odds in a certain situation. The one thing that is absolutely in your control is how you react to those things. Also, you can control the habits you build to whether those “storms” so that your health is always first. Everyone you have ever come across has a battle they’re fighting that might be as bad or even worse than what you’re going through. The only thing that separates the people who see their successes and those who don’t are those who are willing to implement the discipline necessary to overcome those obstacles.

You don’t have a time issue, you have a discipline issue.

I’m sorry to say but you don’t have the unique situation that no one understands. You just have an excuse that you won’t let go. For the last 12 years I have been in the fitness industry, I have met and trained paraplegics, cancer survivors, CEOs, full-time students who are also full-time parents who also work full-time, people with genetic disorders, eating disorders, pulmonary fibrosis, PTSD, broken bodies that can barely walk from accidents or from their war-torn country, introverts, extroverts, dreamers as young as 12 years old to those seasoned elderly of 75 years young, and everything in between.

There’s no substitution for hard work and dedication, if there was, everyone would be in shape and healthy but this is far from the truth. This is why discipline to me means “Doing something regardless of how much you hate it”. In that, you find the freedom to do and achieve other things. With this being said, you don’t have to work out and be healthy, just as much as you don’t have to take a shower or brush your teeth but you do it regardless because you understand the benefits of it. Also, because you might end up like my grandmother with no teeth and end up scarring your grandchildren for life. Don’t do that!

How you age will be up to you. You can either spend a ton of money trying to get it back later or invest in it now so you can enjoy your “golden years”. I train both of my parents and they are seeing the full benefits of being and staying healthy. The simple things of opening a jar, walking up and down stairs, even sitting down and getting up is no longer a labor-intensive task. I maintain that if you have enough strength and endurance, it requires less energy to perform the task, which taxes the body system less, in turn, causes less, unnecessary, stress to the system, and allows the body to obtain homeostasis.

So, which person do you want to be?

As always I’m here to help.

The Twinkie Diet for Weight Loss

This story has come up numerous times between me and my clients, friends, and family. The experiment was conducted by Mark...

When I was around 8 years old, I remember I used to go out to the patio of our Mākaha house and watch my Dad work out. He...