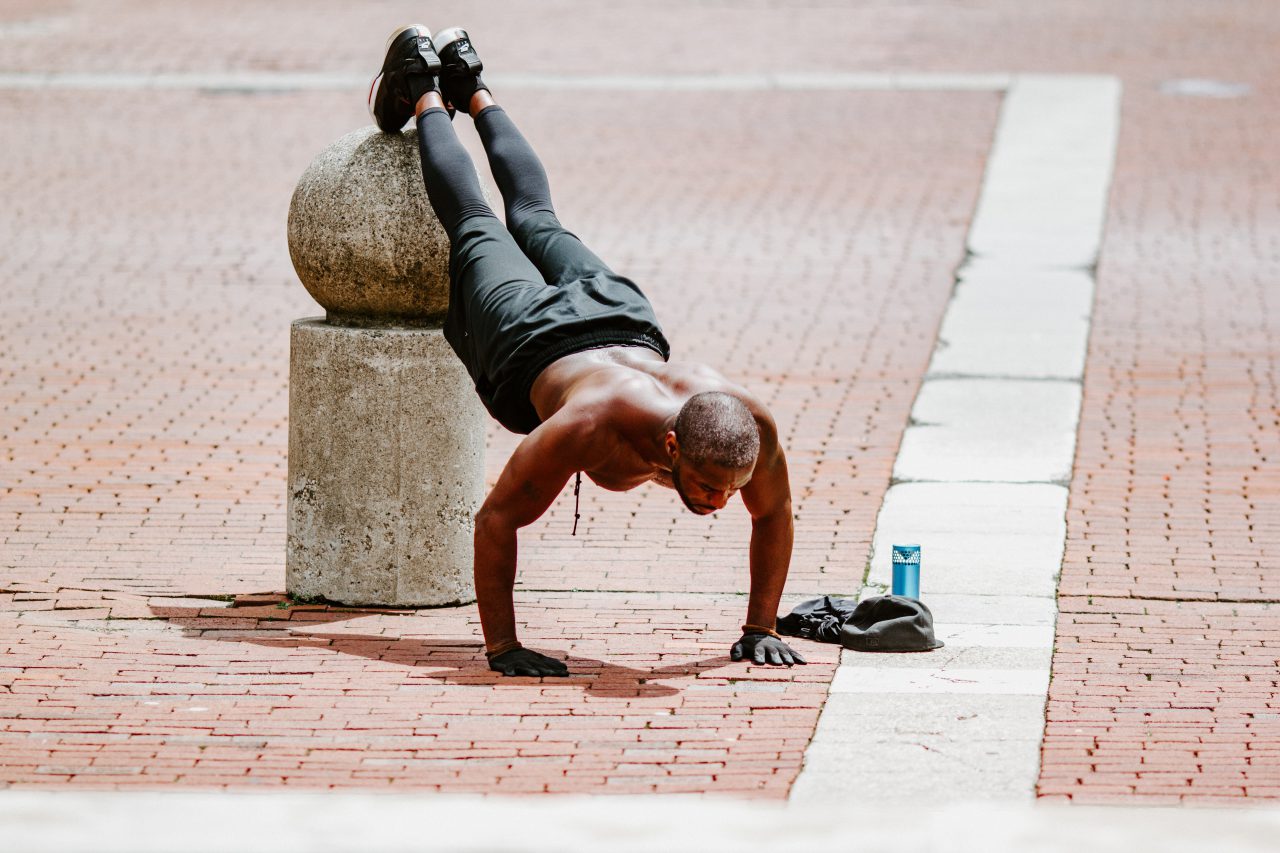 Modern calisthenics is a key part of fitness!

It is a fact. Modern calisthenics is a key part of fitness in any of its currents. Sometimes disguised with names like home workout, no weight training, and burn fat system.

Lately it has taken the spotlight thanks to social media. In my opinion, the Kavadlo brothers (Al and Danny) have managed to give some entity to this discipline. In all their publications they have made it clear that learning the movements must be progressive.

It is spectacular to see the experts do hundreds of repetitions in a short time and all kinds of freestyle stunts. But don’t be fooled.

It takes years of training, several hours a day of practice.

Al himself admitted that it took him a whole year to be able to do the handstand without leaning on the wall. Of course, if you decide to train calisthenics, at first everything will be hard and you will see results. Push-ups, squats, pull-ups, pull-ups, burpees, lunges, jumping jacks. They will certainly contribute to improving your strength, endurance, and health. But according to the progressive overload principle, you will need harder and harder versions of the exercises to get the same stimulus. The 20 minutes you used to dedicate to your workout are no longer enough.

You might do 500 squats in one session, but you won’t get stronger, and except if you’re genetically gifted, your legs won’t grow past a certain point. Unless you’re passionate about calisthenics, I don’t think you’d want to spend more than an hour on your daily workout using gravity only. There is nothing against the fanatics, but they take calisthenics more into a way of life than merely a workout of 4 sets and 15 reps per exercise.

To put it in perspective, think about what it takes to do a squat versus a pull-up (if you can). I’m sure you’re capable of doing up to 20 squats for every full pull-up. We have the most powerful and bulky muscles in our legs. The fast-twitch fibers of our lower body will need more than bodyweight to be recruited after a few months of training. Experts will tell me that this is what pistols (one-legged squats) are for. It’s an exercise with different biomechanics, where practice and the CNS call the shots, not only on strength. I don’t know many powerlifters capable of doing pistols even if they can lift 300kg with the bar.

Of course, I’m not arguing at all against calisthenics, but I want you to understand that it’s not a panacea. If you get caught up in it, go ahead. No doubt you’ll have a lifetime to keep improving and be able to execute more and more complex exercises. But if you’ve clung to this austere training out of necessity, don’t be desperate. There are alternative paths. In many cases, you come to calisthenics for lack of time, money, or because of confinement.

You can continue to do the most basic exercises and add external weights of any kind.

Not everyone is willing to put in the hours to be able to do one-handed pull-ups. Weighted calisthenics will allow you to continue doing push-ups, pull-ups, and squats by adding weight to the equation. No need to go crazy either. A weighted backpack, sandbags, vest, or plates will suffice. Stick to your routine and simply add external weights. The good thing about having reached this point is that if you’re going to acquire any training equipment, you’ll know what you need and won’t be making unnecessary purchases.

Our ability to look for immediate results in any field is especially evident in fitness. Slimming down effortlessly,...

While some moments seem better than others to start moving, it stands to reason that after a period of enforced inactivity...

It doesn’t matter what you’ve been through before. If you are a woman or a man nearing the halfway point of...