If you’re trying to understand the balance of calories in and calories out, welcome to what I call the SPONGE THEORY. 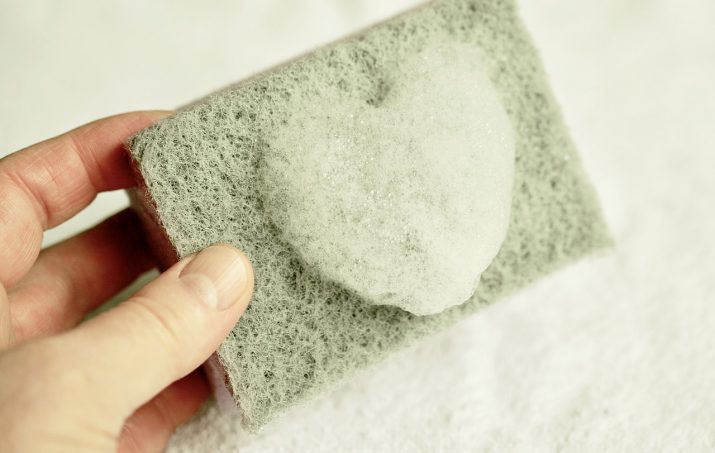 As you may know, regulating and understanding the weight management process is very similar to money. Money is not only how much you make but how much you spend. What happens if you make a lot of money but also spend a lot? You won’t have too much in savings, you may have also accrued lots of debt, even caloric debt. The same works for calories. I will refer to calories a lot as the “caloric bank.” It’s hard to calculate or provide a daily caloric average that works universally because everyone’s caloric expenditure is a little bit different, meaning they burn calories based on a lot of variables that most people don’t consider. If we take the average 2,000 daily caloric average that is seemingly used as a tool for the Standard American Diet (S.A.D) – (punny huh?) and have 100 people try to meet those daily averages eating a variety of foods in different quantities, there are going to be several different outcomes.

A percentage of the people will fall short of the 2,000 calorie daily limit, mostly because they weren’t hungry enough to eat additional foods. A certain percentage of people will come very close to the mark and most will probably go over 2,000 calories per day. Those that fall short of 2,000 calories per day are usually people who aren’t as active and or people that have less muscle volume so the demand for calories will naturally be less. Now, an athlete or a person that is hyperactive and or a person that has a large muscles stores will undoubtedly need more calories to meet their energy needs and this variable is not often times referenced for consideration when considering the 2,000 daily caloric consumption for the “average” person. Now you know the difference(s) so don’t feel bad if you eat more or less.

99% of Americans don’t track the calories they consume, but I guarantee they track their finances religiously

Is money more important than our health? There are people out there with tons of money that can buy anything in the world they want but two things, MORE TIME on earth and GOOD HEALTH. Why not start focusing on our inner bodies and what we are feeding ourselves so we don’t have to rely on medications and their 200 potentially harmful side effects. What you feed yourself today will show down the road, either in pounds or in hospital visits because with good quality foods, you’ll have improved health and have much fewer trips to the Doctor’s office.

Getting back to what I was saying about calories, lots of people don’t want to track calories for some odd reason or they were told they did NOT have to do this to manage weight. While there is some truth to this, it’s mostly so you can be sold on a dieting regimen that requires you to put your total trust and faith in someone else, without first understanding the fundamentals. How many of us have invested money in a certain line of business or the stock market or even have loaned money to a friend that we trusted to pay us back but did not? A lot of us would like to understand exactly where our money is going and would like some reasonable amount of control on the overall process, right? Don’t let anyone tell you that you don’t need to track calories, that would be like a financial consultant telling you that you don’t need to track each dollar because it’s absolute ludicrous. Different from money, you don’t really need to track calories for the rest of your life. Usually a person adheres to a certain nutritional plan on a weekly basis so then you have a daily average to work from. You can simply add and subtract calories accordingly if you make any subtle daily or weekly changes thereafter.

Speaking of adding and subtracting and we’re on the topic of fundamentals, most everyone knows basic math and they also know how to use a calculator and prefer its use for complex math problems. Suppose the calculator were to malfunction, since you know the fundamentals of math and can add and subtract, you’ll still be able to solve most math related issues to give you the same ending result. This is why it’s important to track calories for the foods you are accustomed to eating on a daily basis. Calories can be accessed by looking on the nutrition label which 99% of products sold in stores of developed nations will most likely have.

Anyone saying that a diet of a particular kind is better or preferred over another kind is telling you this strictly as an opinion even if it’s based on science. A diet is simply a structured meal preference where calories are acquired. Calories give us energy and allow the body to facilitate it’s metabolic functions much more efficiently and allow us to live much better lives while living longer than we ever have before. Now we’ve all heard the cliché “you are what you eat,” right? Some people can consume 2,000 calories a day from mostly processed food and high fructose corn syrup but this won’t do too much to assist with healthier living but we’ll get into the source of calories a little bit later. My topic for this discussion is about SPONGES.

Why sponges? Glad you asked

I speak of sponges this time around to act as an analogy to describe how muscles work by comparison. After you endure a workout, your muscles (sponge) starts to deplete its nutrients, mostly protein and carbs. This would be equivalent to you ringing out out a sponge because you are ready to use it. So if your sponge (muscles) is depleted of water (nutrients) it’s ready to absorb or intake more. The same goes with your muscles, it is now ready to receive nutrients. When calories are then absorbed after an intense workout, the muscles and brain typically get first priority. Once your muscles (sponge) are full, the rest of the calories are redirected to other parts of the body and stored. By comparison, suppose you poured a gallon of water over an average size household sponge, the sponge will expand as the water is absorbed, just like the muscles do when they receive energy. Once the sponge soaks as much water as it can, the rest of the water simply flows right through it and ends up collecting in the sink. This “sink” is the storage department for energy in excess which we call fat. This is one of the primary reasons we have heard that eating smaller meals throughout the day is beneficial so the body can receive its energy (calories) in smaller more efficient portions throughout the day and not in larger amounts 3 times a day. So basically instead of pouring this one gallon of water over 1 sponge, 3 times a day, you’ll do it 6 or so times per day so the sponge can fill up but you will have less water in excess (or calories by comparison). This process will repeat itself for each meal and for each day which adds up very quickly to unwanted weight gains. Remember, excess weight around the body is your body’s way of communicating with you that you have too many calories in excess, we just need to learn to recognize these signs.

Now we understand the muscles and sponge correlation and how the muscles get first priority with the nutrients and the rest are redistributed throughout the body leaving the unused calories to be deposited as fat around the body. Let’s take a look at a few other examples on how the sponge theory can be utilized to help us grasp the calorie input and output process a little better.

After the average meal of 6-800 calories, our muscles (sponge) are going to be full, meaning it does NOT have the ability to receive any more calories and the rest are going to storage mode, so calories consumed after this will ultimately end up as excess energy or fat. To avoid this dilemma, we’d need to understand that after about 6-800 calories for a major meal and 2-400 calories for a snack on average, that we need to simply STOP EATING and not allow the process of storage mode to constantly repeat itself and allow the calories we’ve just consumed to absorb. Remember, once you consume solid foods, it can take up to 20-30 mins for the Vagus Nerve in the stomach to send signals to the brain that it’s full and a lot can happen in between that period of time, like high calorie consumption. When I’ve coached clients in the past and we’ve discussed the aforementioned, I explained to them that after they eat the desired amount of calories, that “their sponge is full.”When I say your sponge is full, it means the muscles do NOT have the ability to receive any more calories at that particular time and the rest of the calories consumed at the moment will end up being stored. Conversely, when I say the opposite, “your sponge is empty” it means you need to consume calories because the energy supply (mostly carbs/protein) contained within the muscles have been depleted due to the time that has lapsed or the workout that you’ve endured or both.

Understanding the “sponge theory” will help you better understand the usage of calories when they first enter the body and how the muscles use this amount of energy. We will talk more about the “you are what you eat” part in another entry but for now, the FUNdamentals will assist us with the foundation. We can take the fundamentals of practically anything and use them universally to understand the basics and make everything more clear. Now is your sponge full or empty – does that make since, make cents, make sense?

Good food takes the place of the need for modern medicine and medicine is often needed for those who don’t consume good food.