Healthy living advocates have spent decades waging the war on salt. Saying “Get the salt!” has become the equivalent of “pass the blood pressure cuff” (unless you are battling ghosts with Sam and Dean in Supernatural). But where did this fear come from, and is sodium really that bad for you? 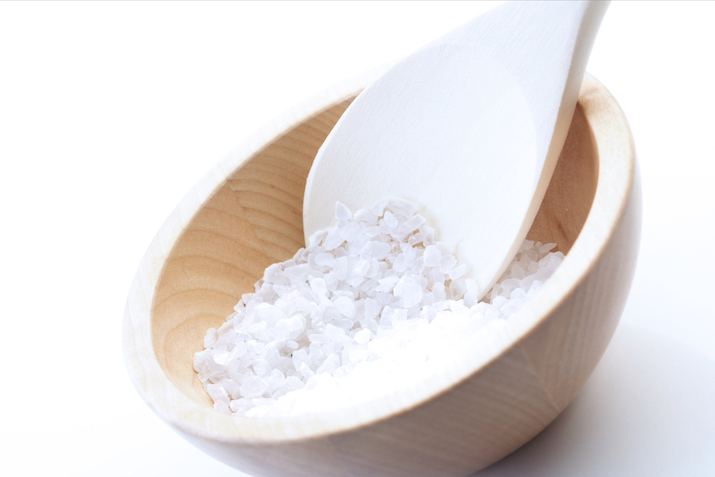 Explaining The Idea of “Sodium Is Bad”

The American Journal of Hypertension  released a meta-analysis of over 6000 subjects which came to a surprising conclusion – there is no conclusive evidence showing that a reduction in salt reduces risk of heart attacks or stroke (Taylor, et al, 2011). So how did this idea come about?

There were studies that correlated countries with higher salt intakes to higher incidents of cardiovascular disease. Mixed with the fact that salt causes an increase in blood volume, a “cause-and-effect” system was assumed. However, these studies did not look at any other dietary, genetic or cultural factors in these populations. Furthermore, there was no “dose response”. A country that consumed more salt, did not have a proportional increase in cardiovascular disease compared to a country that consumed slightly less salt (Kuller, 1997).

To make it even more confusing, people are very different in their reactions to salt. Chronic underconsumption of salt leads to an increase in aldosterone – the hormone that increases blood pressure. So, in a study by the Journal of Chornic Diseases, researchers found that with a decrease in salt half the participants had an increase in blood pressure (Moore, 2017). Furthermore, Moore found that it is the overall electrolyte balance – meaning having healthy levels of Sodium, Potassium and other minerals is what dictates a healthier blood pressure. To make matters worse, a chronic diet of low sodium increases insulin resistance, setting up precursors for diabetes (Moyer, 2012).

The best way to improve cardiovascular health is reaching a healthy weight. These studies are frequently confounded by the fact that the highest salt intakes occur amongst obese individuals. High intakes of processed foods, excessive calories and a higher body fat% are all known culprits to increasing the risk of cardiovascular disease, deteriorating joint health, diabetes, and several types of cancer (Arch Int Med, 1997).

So before throwing out your salt shaker, take a more in depth look at your diet. Are there obvious things you need to change? Do you give preferential treatment to highly palatable processed foods? Are you struggling maintaining a healthy weight? If that is the case, you should focus your energy on improving your overall health and nutrition, instead of demonizing one small part of it.

Not to mention, vegetables without salt are just not edible.

Now that we have established that salt is a green light, what type of salt should we be using. Is it all just Sodium Chloride (NaCl), or are there any benefits to dishing out the dollars to buy the fancy pink Himalayan stuff?

Food grade table salt is highly processed and has most impurities taken out. The issue is that it also has a high amount of anti-caking agents, because the crystals clump together. It also has the addition of iodine to promote thyroid health.

Sea salt is made by evaporating sea water. It contains a much higher amount of minerals. The downside is that as the oceans become progressively more polluted, there also might be trace amounts of toxic chemicals (not enough to cause any health damage).

Himalayan Pink Salt – apart from the fact that it is beautiful, this is the salt harvested from the Khewra Salt Mine in Pakistan. It has slightly lower amounts of sodium but higher calcium. It makes very little difference from the nutritional standpoint, though many people swear the taste is superior.

Kosher salt has a different texture – it has reduced caking agents and is a flakier cut, making it easier to pick up. It also tends to not have the added iodine.

Takeaway – once the salt is dissolved, it makes no difference. However, if you are a foodie and believe there are significant flavour differences, absolutely pick your favourite kind. There are just no documented conclusive health benefits of any particular type (Gunnars, 2017).

Find out what a calorie is, its functions, and get a guide to counting calories! “Not all calories are created!&#...

Why Cardio Training Is Overrated for Female Fat Loss

Reveal the truth behind cardio training and find out whether it is a good strategy to lose weight. What you Need To Know...