How can music motivate your workouts? Music is an important part of every culture on earth and archaeological findings suggest that it was no different for early humans migrating into Europe from Africa. The oldest-known musical instruments are flutes carved from mammoth ivory and bird bone that date back to 43,000 years ago and were discovered in a mountain cave in Southern Germany.

Tribal societies throughout human history have used music not only for entertainment but also as a healing modality for the sick and a catalyst for spiritual enlightenment.

Numerous studies have confirmed that music has a profound impact on our mood and emotions by evoking feelings such as sadness, joy, anger, inspiration, excitement, and serenity – sometimes all in the same song!

But, music can do so much more than just arouse your emotions. It can also improve your athletic performance by enhancing mental focus, increasing stamina, delaying fatigue, reducing pain perception, coordinating movements and even altering your metabolic rate. 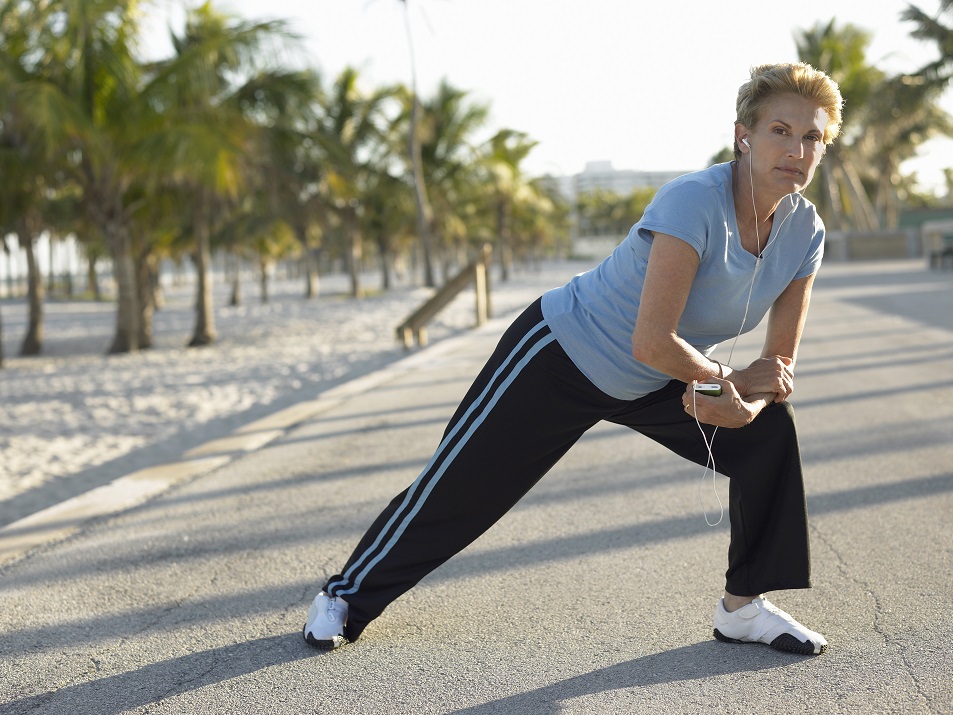 How Music Can Motivate Your Workouts

Research on the connection between music and exercise began in the early 1900’s and continues today with one of the world’s leading researchers Dr. Costas Karageorghis of Brunel University in London, author of over 100 studies on the subject. Dr. Karageorghis believes that music has such a profound impact on athletic performance, that one could think of music as “a type of legal performance-enhancing drug.”

In fact, USA Track & Field prohibited the use of headphones and portable audio players by competitors, stating that this move was “to ensure safety and to prevent runners from having a competitive edge.”

So, how exactly does music improve athletic performance?

When sound waves from music enter your ear canal, they’re turned into vibrations that travel to the nerves in your brain. These vibrations influence a complex set of structures in your brain called the Limbic System responsible for emotions and the formation of memories.

This explains why you can instantly feel sad and reminisce about the past when a certain song you haven’t heard in years is suddenly played on the radio.

It’s well established that emotions directly affect the autonomic nervous system and this is how music ends up altering your cardiovascular, neuroendocrine and immune function. Depending on the type of music you listen to, your physical response can either be an increase or decrease in heart rate, blood pressure, respiration, body temperature, skin conductance, muscle motor function, fatigue, and pain.

Studies by Dr. Karageorghis and his team on subjects who cycled in time to music showed that the physiological changes that occur translated into a 7% reduction in oxygen required to do the same work without music, as well as a 12% reduction rate of perceived effort and an astonishing 15% improvement in endurance. This demonstrates that listening to music while exercising can make you more energy efficient!

Researchers also noted that people who listen to music during exercise are better able to achieve mental flow state or what athletes describe as “being in the zone” and regardless of genre, they prefer fast tempo music in the range of 120 to 145 BPM for optimal stimulation during almost all forms of exercise.

How to Use Music to Enhance Your Workouts

Now you know that listening to the right kind of music can get you pumped up for your workouts and actually improve your performance, however, no discussion on exercise is complete without mentioning recovery. So, what does the science say about music and its influence on your ability to recover in between workouts?

Well, the research has been mixed in terms of the neurochemical response to specific genres of music. But, there is some evidence to suggest that listening to slower tempo music at 60 – 100 BPM can be beneficial to recovery by reducing levels of the stress hormones cortisol, epinephrine, and norepinephrine.

It also appears that listening to loud music or even just loud sounds in between your workouts may impede your ability to recover and build muscle. A recent study done on the effects of chronic noise exposure and testosterone production showed that sounds above 100 dB can cause suppression of the hypothalamic-pituitary-testicular axis in male rodents, resulting in a sharp decline of serum testosterone levels and the onset of hypogonadism.

So, to summarize, regardless of your personal preference in music, studies indicate that it’s tempo that matters the most. During exercise, listen to music that you enjoy in the tempo range of 120 to 145 BPM for optimal stimulation and when recovering in between workouts, listen to music with a tempo range of 60 – 100 BPM to reduce catabolic hormone production.

You can download free BPM detector apps for your smartphone that will gauge the tempo of each song in your playlist. Also, in order to optimize your testosterone production for maximum muscle growth, reduce your exposure between workouts to any loud sounds above 100 dB or wear hearing protection when necessary.

Exercise when Sick: Good or Bad?

If you’re addicted to exercise like I am, being sidelined with a cold or flu can be frustrating, to say the least....

Boost Your Brain Power with Exercise

Everyone is familiar with the main benefits of exercise such as a reduction in body fat, improved heart health and an...

Should You Do Cardio Before or After Lifting Weights?

One of the most common questions asked by novice gym-goers is, “Should I do cardio before or after lifting weights?”...