The road to recovery can be long and winding. Here’s my story! 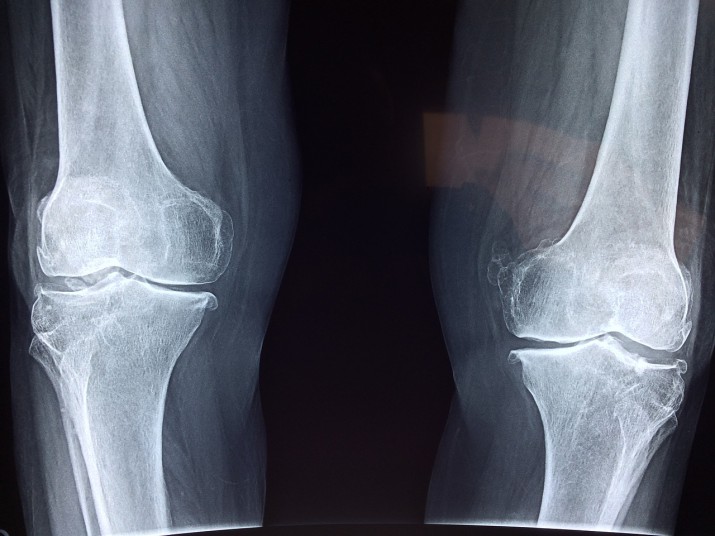 It has been a very challenging few years for me, physically, to say the least.

After years of building my body and my business, both were suddenly hit with some serious challenges.

It began in August of 2015 when a cycling accident resulted in some additional facial scarring, as if I didn’t have enough already, and a severely shattered elbow which required a metal plate and about a dozen screws to put back together.

My Bumpy Road to Recovery

Many months of excruciating physiotherapy and lots of work in the gym were required to restore it to a semblance of its former self.

At the time of the accident, I was on a waiting list for knee surgery, my second, to reconstruct a torn ACL.

As soon as the arm was healed enough to use crutches, in late 2015, I had the procedure done and added another limb to my rehabilitation routine.

Then, months later, surprisingly, imaging revealed that the ACL had been retorn and the elbow had not healed entirely, was still broken and would most likely require another extensive surgery at some point.

As you can imagine the news was pretty hard to take, especially considering that the training aspect of my profession is quite physical.

I’d been forced to give up a lot of activities that I love. Hockey, beach volleyball, tennis, hiking… even weight training and just walking at times. Some of these things I’ll miss for the rest of my life, but I’ve been able to resume some and I’m confident I’ll be able to do much more eventually as I’m still on the mend.

I decided to leave the arm alone for the time being. It was functioning well enough and the pain was manageable.

The knee, on the other hand was another story. Advanced arthritis and the previous surgeries had left resulted in a lot of damage. It was determined that is was most likely “fubar,” as they say. F*cked up beyond all Repair!

I underwent a total knee replacement and it’s been quite an ordeal. The pain at times, especially during physiotherapy was excruciating. Being unable to get outside much, doubts about being able to continue my career and my active life and the financial concerns that come with lost income, took quite an emotional toll. I just had to do the best I could, try to stay positive and celebrate the little victories like hobbling a little further with my cane.

Baby steps gradually turned into big boy step and eventually I got rid of the cane. With a lot of hard work, the strength is returning and the pain subsiding. I’m now recovering well and back in the gym doing what I love to do.I wasn’t sure, for a while, if I’d ever be able to say that. The plate seems to be holding my arm together, for now, anyway.

It’s been a rough road lately to say the least. I’ve been fortunate to have the support of my wonderful wife, family, friends, colleagues and clients.

We all need to live life on life’s terms and play the cards we are dealt. When I start to feel sorry for myself or discouraged I remember that some people are dealing with much worse than me. These experiences have made me tougher and wiser.

I’ll continue to push myself and challenge my limits but with a new attitude. I know I’m not invincible and that life can knock me down at any moment. I also know that I can pick myself up, dust myself off, rebuild and recover.

I’m able to cycle again but am much more cautious. I’ve been able to rebuild my body, despite its limitations by implementing new techniques in the gym.

This journey has helped me to become a stronger man and a better coach.

I feel like I can overcome anything and I’m better able to help my clients overcome the challenges in their lives.

Comments
What do you think?
Cancel comment
Treat Seasonal Affective Disorder with Exercise

Read all about Seasonal Affective Disorder Feeling a little S.A.D. these days? You are not alone. Thankfully, there is a...

4 reasons why sit-ups are bad and what to do instead As an experienced fitness trainer and nutritionist, I have been...