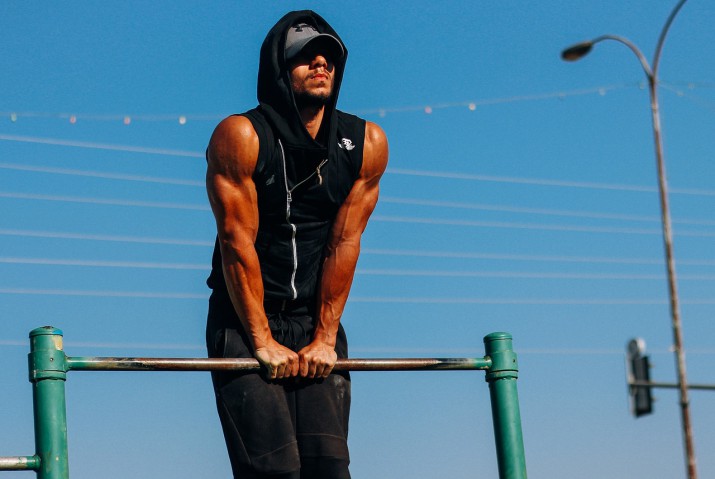 Warm up for Improved Performance

Far too often individuals view a warm up as simply stretching, warming muscles, and “loosening up”. Although a warm-up is indeed those things, it is also priming energy systems and metabolic pathways for the metabolic stress (physical activity) to come. If you are one of those people who skip warm-ups (you know who you are!) then you are performing at sub-optimal levels and should be ashamed.

Most of you reading this have probably heard of the various metabolic pathways our bodies can utilize to generate energy in the form of ATP to perform movement and physical activity. I am going to simplify these pathways for the time being in an effort to keep this post short and concise.

There is a purely anaerobic pathway, the phosphocreatine system (ATP-pc) which is responsible for providing energy in very short duration activities (think 10 sec.). Then glycolysis kicks in and can convert glucose/glycogen into ATP for energy. Both of these systems have a finite amount of energy and once it’s gone it’s gone. However, there are oxidative pathways that can provide sustained ATP production, utilizing oxygen, for very long periods of time (hours to days). That was a very quick explanation, but all you need to know is your anaerobic pathways have a finite amount of work they can perform, once they are depleted fatigue kicks in and you crumble to the floor wiggling around because it feels like your legs are going to burst into flames. However, at lower intensities, we can utilize the oxidative pathways to provide energy basically forever and be on our merry way.

As previously mentioned, a warm up will essentially prime the aerobic energy system so that following a warm up the oxidative energy system can more quickly and readily meet exercise demands. In an article titled “Oxygen Uptake Kinetics as a Determinant of Sports Performance” by Burnley and Jones, they dive head first into the deep end of O2 kinetics. In their discussion, they discuss the mechanisms behind the increase in performance following a warm-up.

When engaging in physical activity we need oxygen to perform work. At the onset of exercise/physical activity, there is an initial rise in VO2 to meet the demands of the activity, we will use running as a simple example. You begin jogging at a slow pace and VO2 rises to meet energy demands; once the demands are met VO2 plateaus and you reach what is called a steady state. In a steady state, VO2 remains constant; this is, theoretically, an intensity that you could maintain forever.

The graph below depicts a steady state. You can clearly see an initial rise in VO2 and then a clear plateau that stays relatively constant. 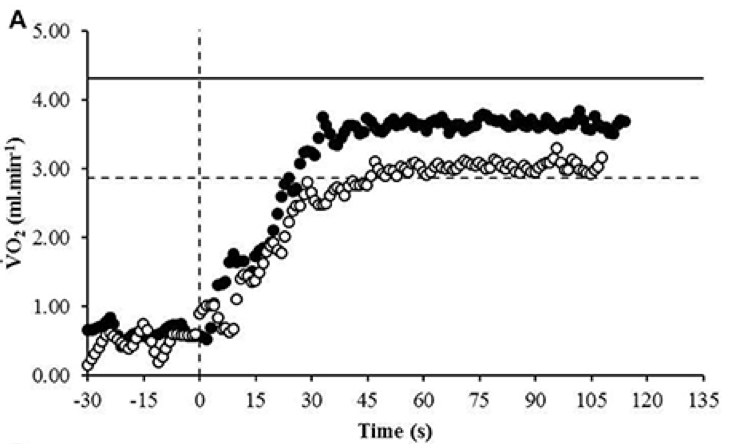 Now, at higher exercise intensities, we will see what is known as a VO2 slow component. You’re running at a pretty brisk pace that you won’t be able to maintain for an extremely long time. When we reach a steady state our oxidative (slow twitch) muscle fibers are able to meet the demands of activity; when we see a slow component our fast twitch fibers need to be recruited to help meet exercise demands. The fast twitch fibers are not efficient however and lead to a slow and steady increase in VO2. You can clearly see this in the graph below. Please ignore the hieroglyphics and just focus on the slow and steady increase in VO2 following the initial rapid increase. 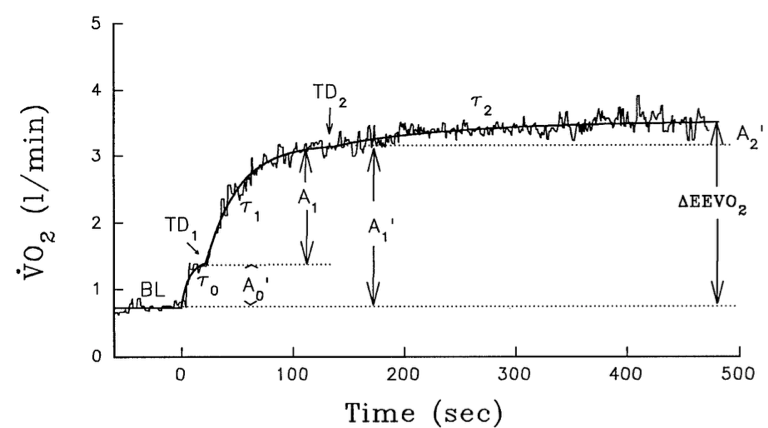 So why does all of this matter? Because as we mentioned earlier you have to perform anaerobic work until your oxidative systems can kick into gear this is basically the time during that initial rise in VO2. When you are performing anaerobic work you are burning fuel sources (remember it’s a finite amount of energy) like glycogen and phosphocreatine. So if my rise in VO2 before reaching steady state or a slow component is super slow then I have to perform much more anaerobic work and burn through more of my limited fuel supplies. If I have a steep and rapid initial response in VO2 then I don’t have to use up as much of my goods to reach a steady state or slow component.

In the graph below we can see bout 1 (warm up) in black dots and bout 2 in white dots. You can clearly see that the second bout (white dots) has a more rapid rise in VO2 and reaches that slow component just a little quicker than in bout 1. Although both of these athletes achieve the same peak VO2 white dots guy/gal gets there quicker and has less of an oxygen debt to pay. So if these were two athletes competing side by side then the white dots guy or gal will likely have a greater “kick” at the end of the event because he/she used up less glycogen/phosphocreatine at the beginning of the event. Pretty cool stuff! 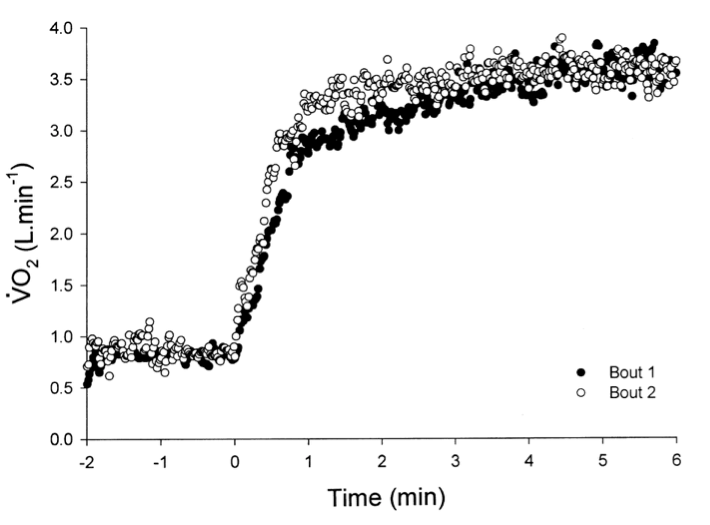 Hopefully you’re still following me here. So following a warm-up Burnley and Jones found that there is a quicker and more rapid rise in VO2 thus burning less of your limited fuel sources. How does this improve performance? Well, the more fuel you save initially the more you have at the end of a workout/race/event so you can give it a little kick in the pants and shift gears to finish faster/stronger.

The one caveat to a warm-up is that it should not be intense physical activity if your goal is long duration sustained performance. The main point of this article is that you can save limited fuel sources by having a quicker rise in VO2, but if you are exercising at higher intensities then you are going to burn that fuel regardless. So a light to moderate warm-up below the heavy domain of exercise is recommended by Burnley and Jones.

That was a lot of information! Hopefully you all got something from reading this article and can implement warm-ups with a better understanding of why, physiologically, warm-ups improve long-duration performance.