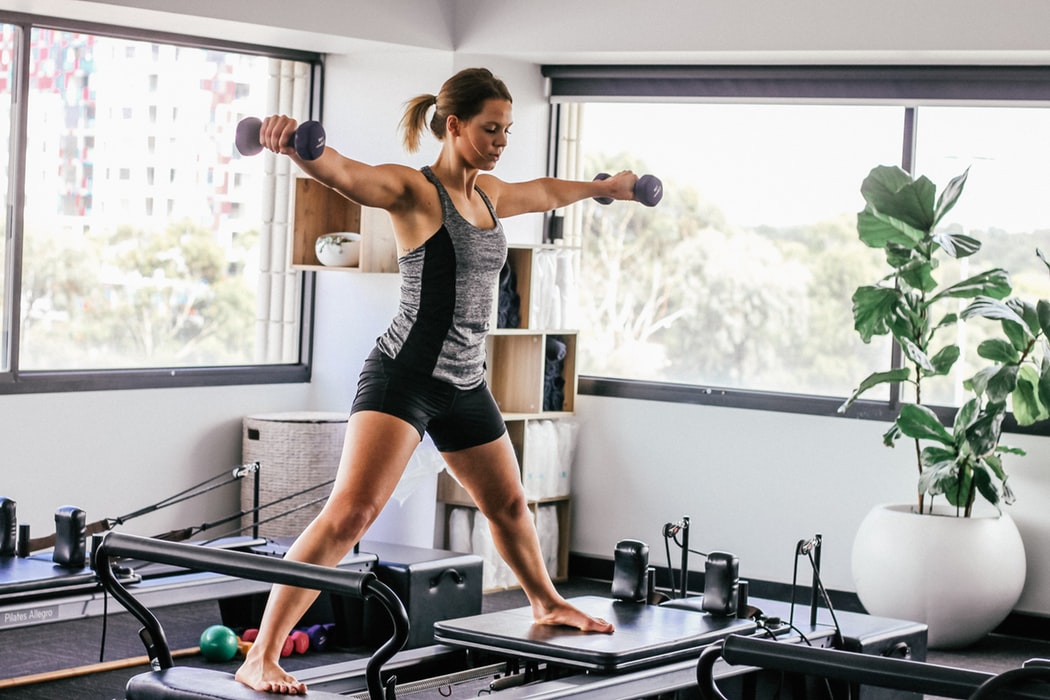 Have you ever had these thoughts?

Why can’t I look like that model I saw on television. Or that actor or actress that never looks “out of shape”? “Every time I start making progress, I seem to fall off.”

To be straight forward, this post is probably more for the fitness professional looking for information on the types of clients they’re working with. However, even if you’re not a trainer, this can help you understand why you might be stuck and what to do to get to that next stage; whichever stage that might be.

Below, you’ll see the five stages of change explained:

This stage is exactly what it sounds like; you haven’t even begun to consider being active. People in the precontemplation stage are the people that don’t see being active as important, or even relevant to their lifestyle.

These might be your college students with the “good genes” that can seemingly eat whatever they want, yet never gain a pound. This can also include the older adult that has eaten the same things for 50 or 60 years, and they don’t see the need to change now.

The second stage is the contemplation stage. People in this stage of change have begun to consider that an inactive lifestyle might be contributing to their declining health. They struggle with how to get to the level of activity they wish to be in. However, they remain sedentary and are not ready to make a commitment to making those changes.

You may find those at this stage looking at advertisements about healthy living. They may be a friend or family member of someone who has already adopted an active lifestyle. They also realize how difficult it is to keep up with regular Activities of Daily Living (ADL). Also, they might have just come from their medical professional, who has told them that they need to start some sort of fitness regimen or their health might deteriorate.

The person in this stage has finally decided to start some form of unorganized physical activity. They start going for a walk here and there or maybe even taking a trip to the gym with a friend. Even though the person in the Preparation Stage has chosen to be active, it isn’t consistent enough to bring about an adequate change.

This person has been looking at social media videos of fitness influencers and probably trying difficult workouts that were created for someone else. This may also be the person that shares one picture of a salad, then turns around and shares 5 pictures of meals that look like something you’d see on of “Man vs. Food”.

The action stage is usually the stage where the person in the preparation stage realizes that their inconsistency and lack of motivation are holding them back from reaching their new health and fitness goals. So, they either increase their discipline and motivation and or get a trainer and become more regular in their activity. However, these changes have been in effect for less than six months.

This is the person that we all say, “got serious about their fitness”. You’re visually noticing a difference, not only in their physical appearance but also in their habits. However, they can still fall off track at any point.

The Maintenance Stage is the last stage. This stage is identifiable by regular physical activity for longer than six months. These people are consistent and dedicated to their health. They have changed not just their appearance, but all of their health screenings have improved. They feel better and they are comfortable with their new lifestyle change.

The person in this stage is one who would never consider falling off their regimen. They are now known as the “healthy” person in the group. Their closet is 80% activewear. They are focused on their health and livelihood.

How to progress from your stage to the next?

Those in this stage usually have to progress to the next stage on their own. There has to be something that strikes a chord in their minds that makes them feel like they have to change something. This is especially true for those with “good genes”. Sometimes, it’s as small as a visit to the doctor’s office and a warning or an actual medical scare. Either way, there must be something that causes a sense of urgency in them. Reminding them that they don’t want to wait until they are diagnosed with some form of heart disease is important. Making healthy life choices is a preventative measure for heart disease. So, that should be encouraged. Keep in mind that they will probably be more receptive to being given this info from credible multimedia sources as opposed to family or friends.

At this stage, the person already realizes they should make changes in their health so encouraging them to do so, while not ineffective, won’t be as necessary. Giving them ideas and actionable goals would help the person at this stage with planning for the next stage. Keep in mind, this person won’t move to the next stage until they feel that they are ready. Getting this person involved in an activity may help them prepare mentally and physically for the change they need to make. It is important for them to know being healthy should be a normal and regular occurrence in their lives. An activity can make healthy living seem less insurmountable for them.

This is the stage where a lot of support, feedback, and reinforcement is paramount to continuing the forward momentum to the next stage. Also, introducing different types of exercises and activities will keep them from getting bored and eventually falling off.

This is a high-risk stage for a relapse. Inform those at this stage of the potential to fall off and things that may trigger them. Also, they have to know how to deal with this when they run into those potential barriers. Provide “outs” or a “plan B” for situations that may occur like, if they forget to meal prep for the week or are on vacation and away from their regular gym or trainer. Those in this group should also be informed on how to physically and psychologically deal with those barriers. Continued feedback and support should be provided at this stage to help keep them moving forward.

Even though this person looks as if they have it all together, they still need reminders and motivation sometimes. There are always times where they need continued encouragement. They may often have difficult days where they might have to work harder than others to stay on track. Also, keep in mind that they’ve been doing this for a while. It’s not uncommon that they’ve gotten tired of the same workouts or the same meals. Identifying early signs of staleness can help with preventing burnout.