If you’ve ever spoken to someone about nutrition, tried the latest diet or worked on your own to lose weight, you’ve likely heard that eating after dark will cause fat gain. This often leads to early dinners and grumbling stomachs as the night progresses, unless you go straight to bed after eating. 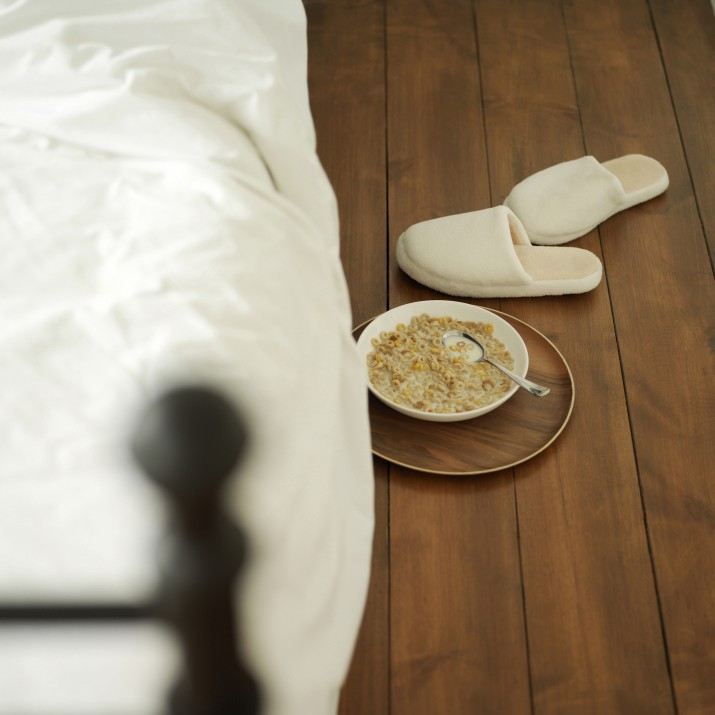 It’s time to debunk this myth: Eating after a certain time will not cause you to gain or maintain fat.

If you’ve ever skipped dinner because it’s dark, gone to bed with a growling stomach or felt bad about doing something that’s “hurting you,” it’s time for a change.

While it is of course true that our bodies have a natural circadian rhythm, there is no alarm clock that tells the body to turn all calories to fat after a certain time.

The biggest issue with eating after dark, or after dinner, is asking yourself “why am I choosing to eat?”. Many of us reach for snacks after a meal not because of hunger, but because of the dessert necessity we’re bred into, boredom or the ritual of eating while watching TV or working. If you have already eaten your meals plus a few snacks throughout the day and then add on some late night snacking,  you’re likely eating more than you need. Weight gain from eating at night is from excess calorie consumption, not an internal timer telling the body it’s time to magically turn it to fat.

Unless we have been through prolonged dieting cycles, eating disorders or other significant changes in eating, our bodies are very good at notifying hunger. Think about the way a young child or baby eats. Some may comment that toddlers are “picky” when they don’t finish their dinner (and they might be…) but they generally ask for a snack  or eat enough food to satisfy them, not because they need entertainment. Adults often suppress these natural cues in favor of rituals (e.g. eating popcorn while watching a movie, wine after dinner).

Some may actually argue that going to bed with a full stomach promotes better sleep since you aren’t thinking about the growling stomach or waking up hungry. Going to bed with food might also help stabilize your blood sugar (Healthline).

The next time you reach for the fridge after dinner, try asking yourself “am I really hungry?”. If your body gives you an enthusiastic yes, give yourself some real food. Try grabbing a protein-rich snack like greek yogurt, a protein shake or some dinner leftovers to keep you satiated. If you’re still looking to eat after this, your motives for eating likely aren’t hunger.

Working to reduce these will help you maintain or even lose weight in the long run.