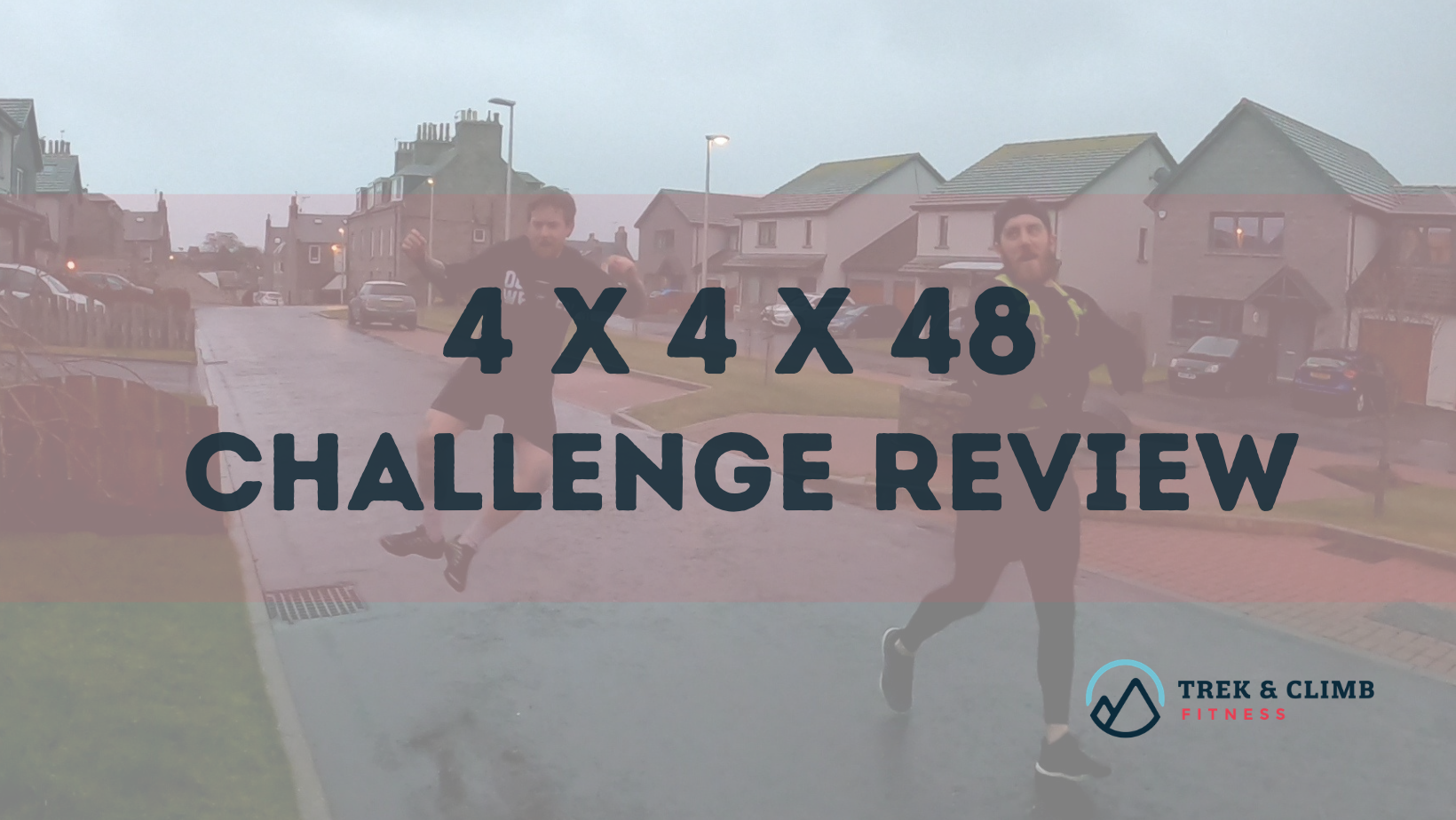 It’s a running challenge made famous by ex-navy seal David Goggins where you run 4 miles every 4 hours for 48 hours. It’s both a physical and mental challenge as you run just short of two marathons in 48 hours while getting very little sleep due to the running schedule.

I’d never actually heard of the challenge before until my girlfriend sent me a Youtube link of someone documenting it (Jack McCann). At first, it didn’t seem like a huge challenge to me as I’d been putting in a lot of long distance runs beforehand but the more I sat down and looked into the challenge, the more it filled me with dread.

So I still decided to go ahead with it as I always seem to perform better when taking part in bigger events/challenges. I then posted up on my social media pages that I was about to take on the 4 x 4 x 48 challenge the next week and that’s where my friend Ruairi messaged me (after a few drinks on a Friday night) and asked me if he could take on the challenge alongside me as we both stay very close to each other. And I immediately accepted his offer as it would be great to have someone else there for moral support, to help when times were tough, and to go through the same pain and suffering as I was.

We planned out some routes together, spoke about nutrition and sleeping strategies, and got ready to take on the challenge with a few days to go.

Below, you will find more information on our stats, positives, negatives, and other things to note since completing the challenge. 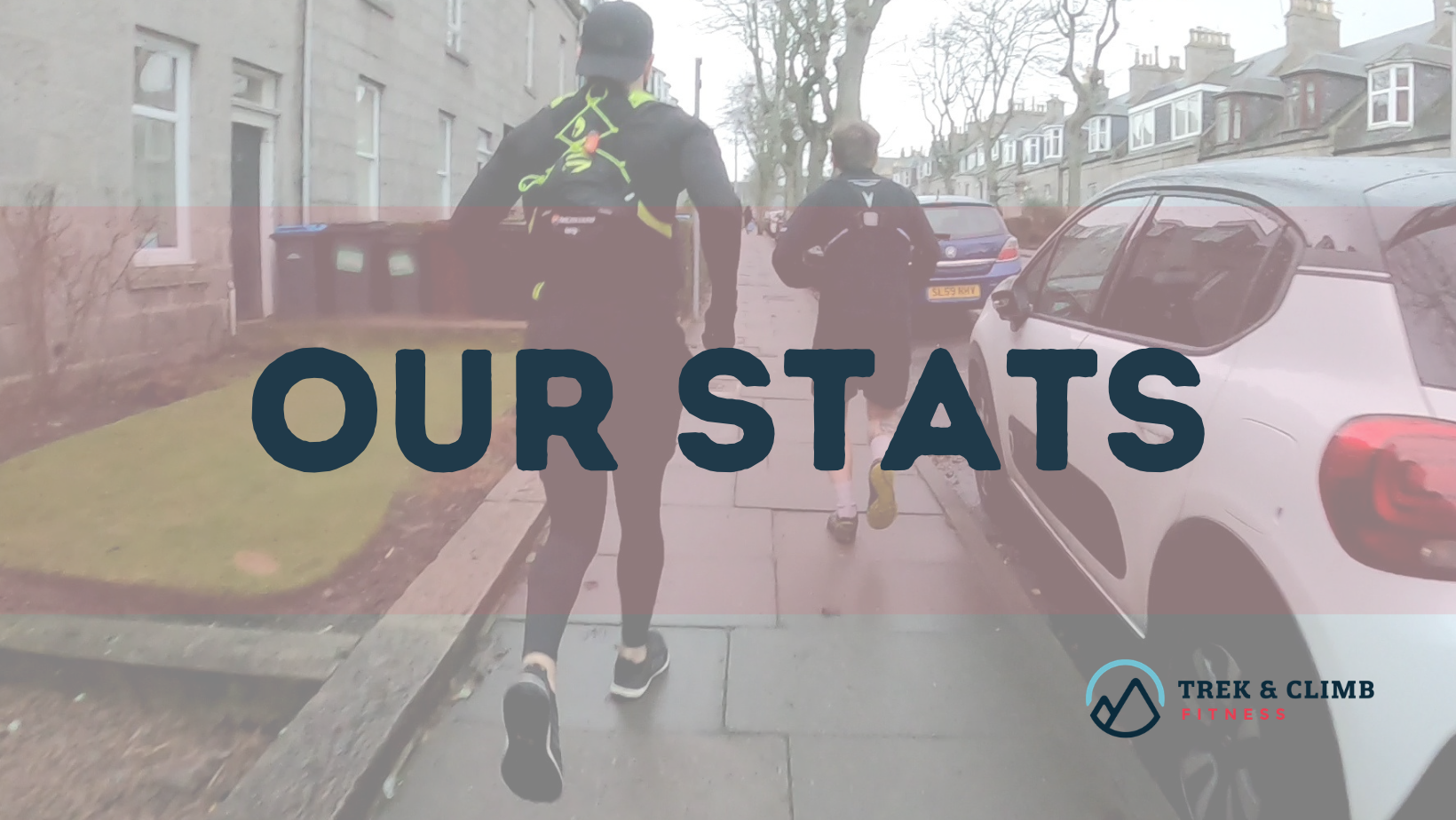 Total Distance – 80.2km / 49.8mi (we had been running just over the required distance with every run so towards the end we did a few extra km to round it up to 80km)

Total Sleep – 5-6 hours (again, this isn’t completely accurate but I lay down in bed 6 times during the challenge with varying times of actual sleep)

Below is a table of each run: 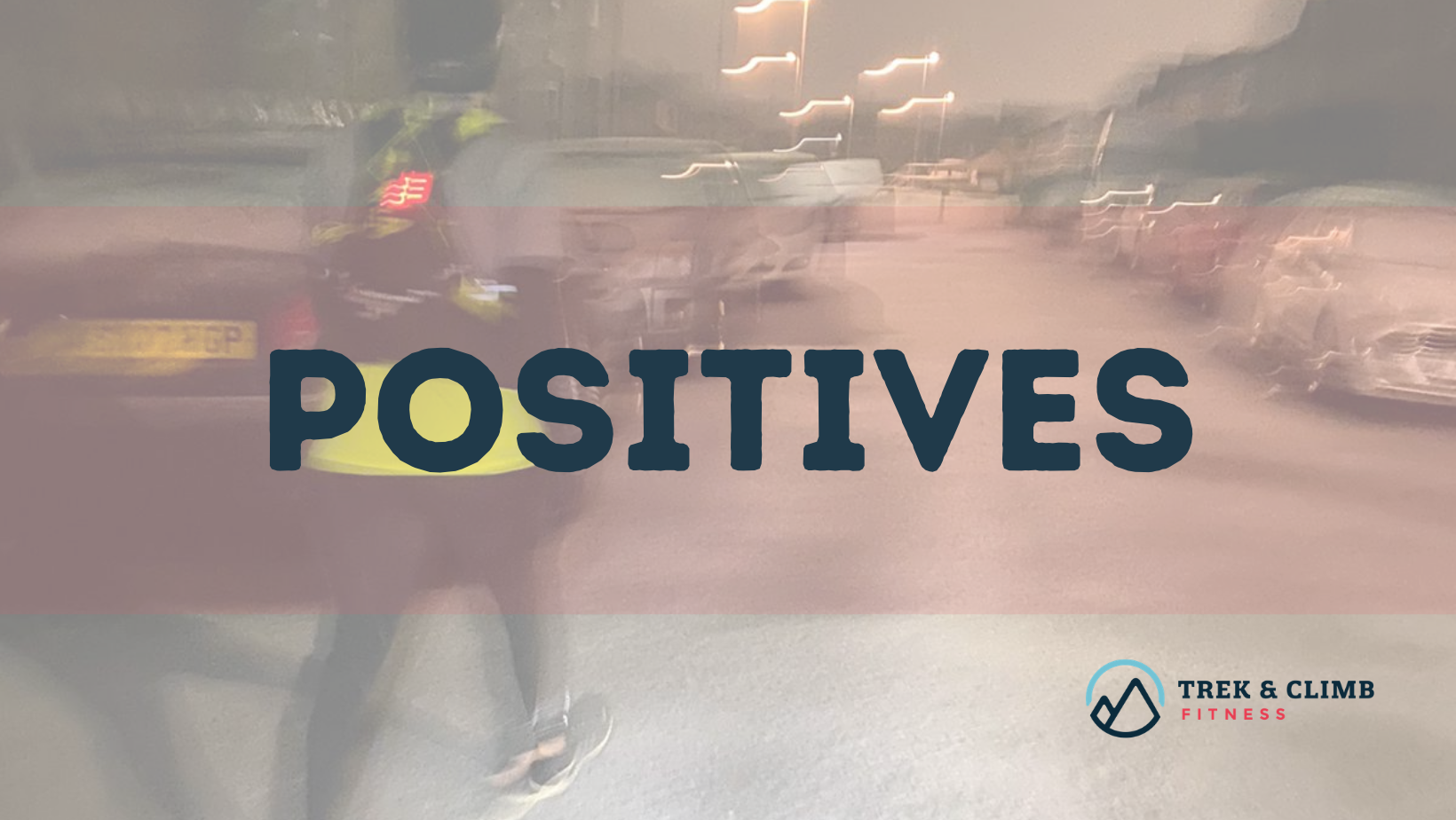 The challenge only takes 48 hours to complete

It seems like a long time while undertaking the challenge but could be done over a weekend. Some other running challenges can last for a lot longer, Eg. 5km a day for a month.

It increases both physical and mental endurance/toughness

You do a lot of running and these runs get harder mentally to complete as sleep deprivation starts to kick in after the first few night runs.

You cover just short of two full marathons and it quickly adds up over a short period of time.

You get out and about a lot

Over the two days, we spent nearly eight hours outside running around our city. 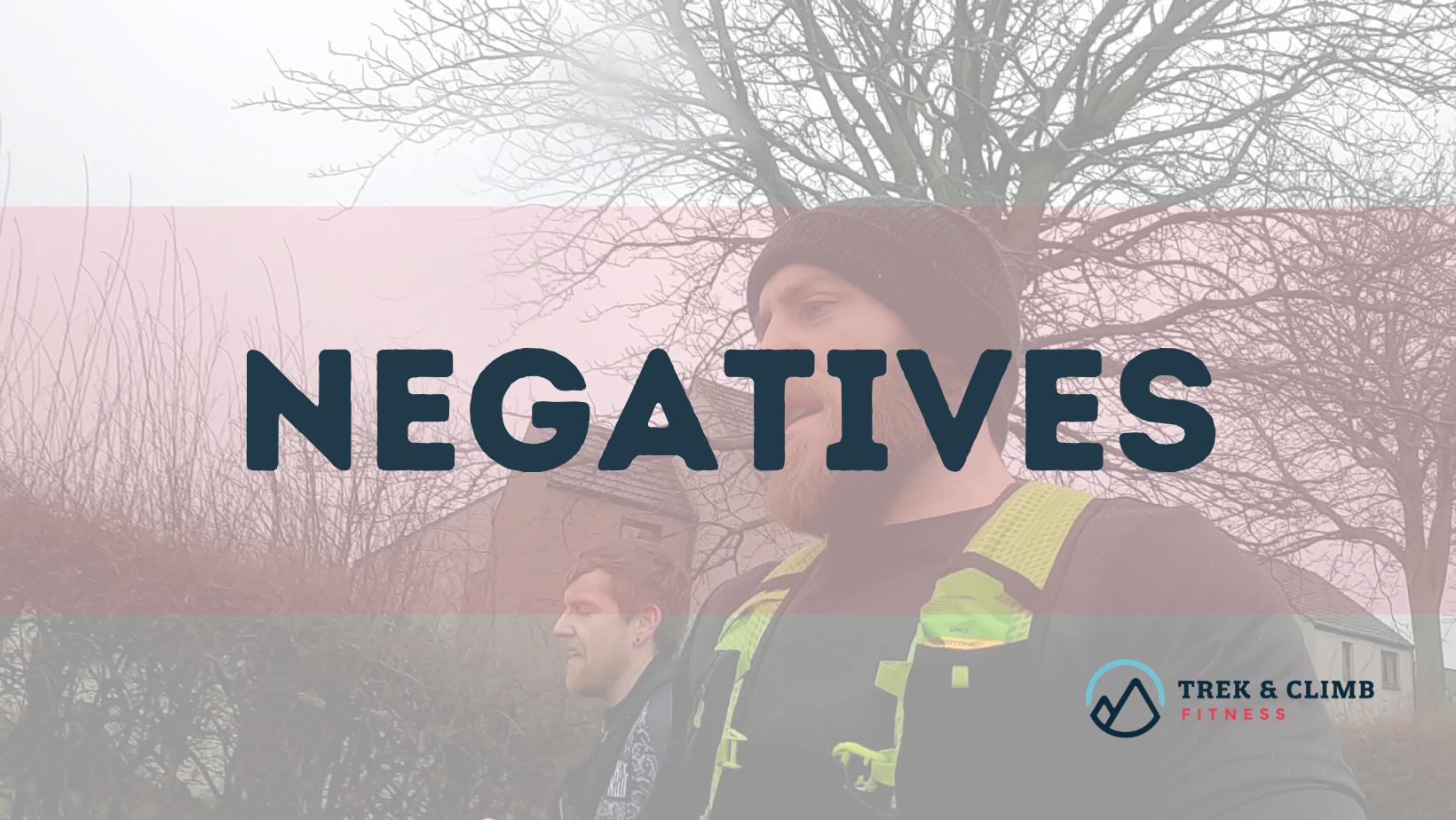 It’s a tough challenge but definitely more mental than physical

I had been running approximately 60km weeks before taking on the challenge. So my body was able to physically do the runs but as time passes you get less and less sleep. It becomes a lot harder to put that running clothes on and get out the door (especially in the rain, snow, and gale-force winds we had).

The two days blur into one

Halfway through some runs we’d ask each other what day of the week it is and what time it is. The 8 am, noon and 4 pm runs all feel very similar to one another.

By the time you’re back from your run, you have roughly 2.5 – 3 hours before you need to pop your running clothes back on and head out the door. Through the night runs you want to get into bed as quickly as possible but you also need to fuel up after runs and possibly do some stretching before heading back out and it all eats into your time off. Over the two days, I managed to get a couple of hours of work done but mainly spent my time off sleeping, eating, stretching, documenting, or just chilling out watching tv.

Like I said in the post above, it’s pretty hard to get much done due to the run schedule. If you did this over a weekend starting on a Friday night, you might also need to take the Monday off to recover and really catch up on sleep. 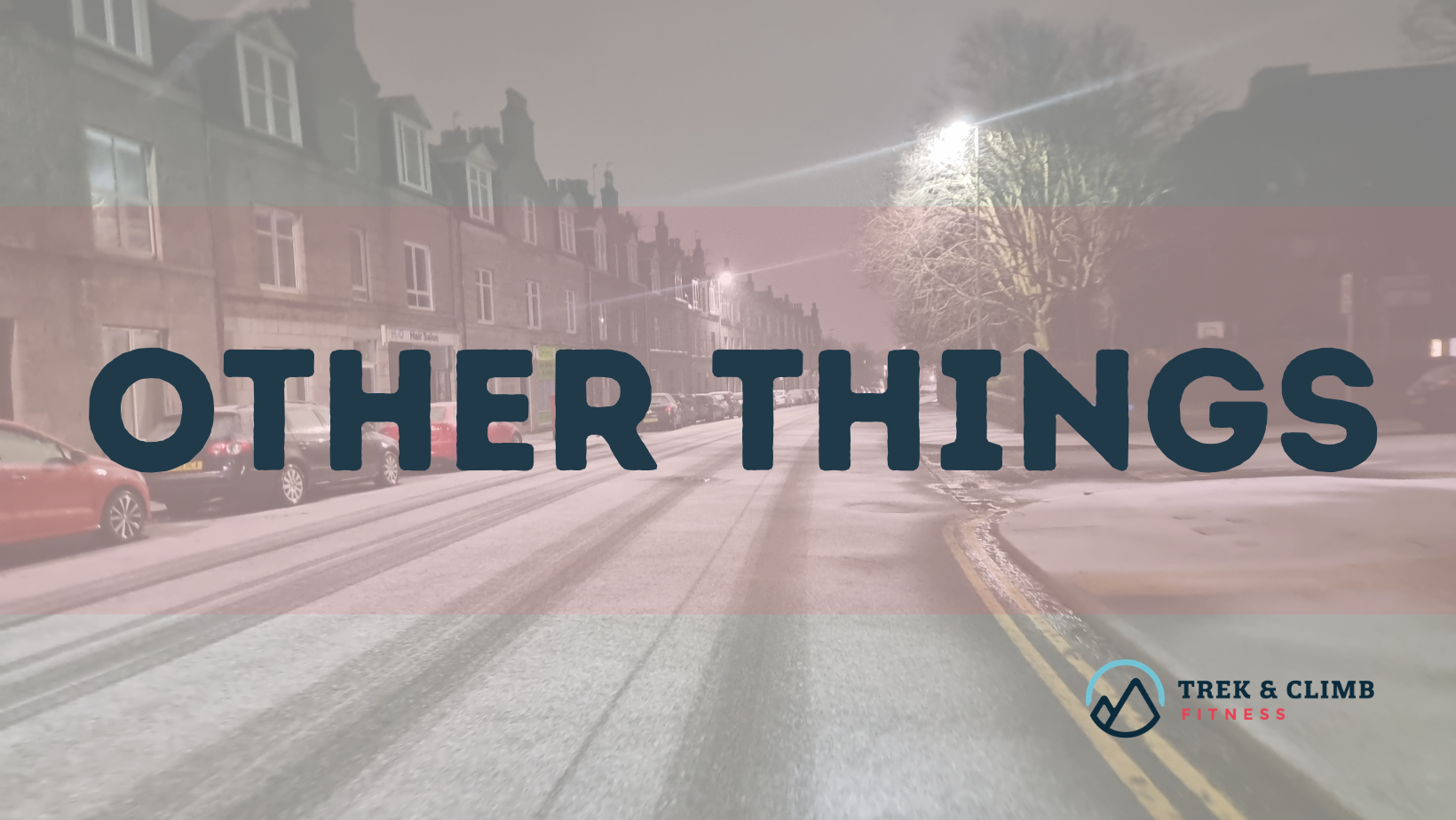 A few other things to note about the challenge and to take in mind if you think you’d like to give it a try:

Running with a friend helps a lot

I take my hat off to the people who have completed this challenge solo and honestly think I’d have thrown the towel in a few times if it was for the fact Ruairi was there to hold me accountable. I didn’t want to let him down and vice versa. It’s also a great company to run with someone else, take your mind off the challenge. Even if it’s asking a few different friends to tag along on different runs.

Choose a better time of year

So the weather really wasn’t kind to us on this challenge. The forecast didn’t look too bad a few days out but it soon turned for the worst. Snow, hail, gale-force winds, rain, and zero degree temperatures definitely added another level to this challenge (Extra Goggins points?). It’s one thing to go out the door at 4 am to run 4 miles through summer but having to brave this weather was another mental barrier we had to get over. I’d recommend warmer / lighter days for this challenge.

The night runs can be a bit sketchy/dodgy in specific areas of the city.

Always have your phone on you in case of any emergencies. Maybe give someone your planned routes so they know roughly where you will be going. If you have access to a treadmill, I’d maybe suggest to do the midnight and 4 am runs indoors. Unfortunately, neither of us had a treadmill and due to Covid-19, all the gyms in Scotland are still currently closed so we couldn’t access a 24-hour gym to do these runs in a safer environment.

Make sure you have plenty of running clothes/gear

I wore the same clothes for 2-3 runs at a time to save on washing (who cares if you smell at 4 am). I had a couple of options on what to wear on my runs and because of the weather, we had to layer up, adding to the number of clothes we needed for each run.

I’d even go back to bed after the 8 am runs as that’s when I felt most tired. It helped me get maybe an extra couple of hours shut-eye over the whole challenge. Even if you don’t end up sleeping, relaxing in bed with the curtains shut is a good idea. Also, keep that phone away from the bed! I put my alarm on and placed my phone across the room, meaning I’d have to get up and out of bed to turn it off.

Make sure you eat and drink plenty on your time off

I’d make a habit of drinking some herbal tea and eating something when I got back in from runs. I’d eat the most through the day time as I didn’t feel like eating much at night. But fuelling up and staying hydrated is key to seeing this challenge to the end.

… and on that note, I’d just like to say thank you to everyone that supported us through the challenge. Everyone that messaged, liked, commented, and shared our posts. Everyone who beeped their car horns, waved out windows, clapped as we ran by, and tagged along with us on certain runs to keep the motivation going. It helped A LOT! If it wasn’t for all the support, the temptation to throw the towel in would have been very very high. 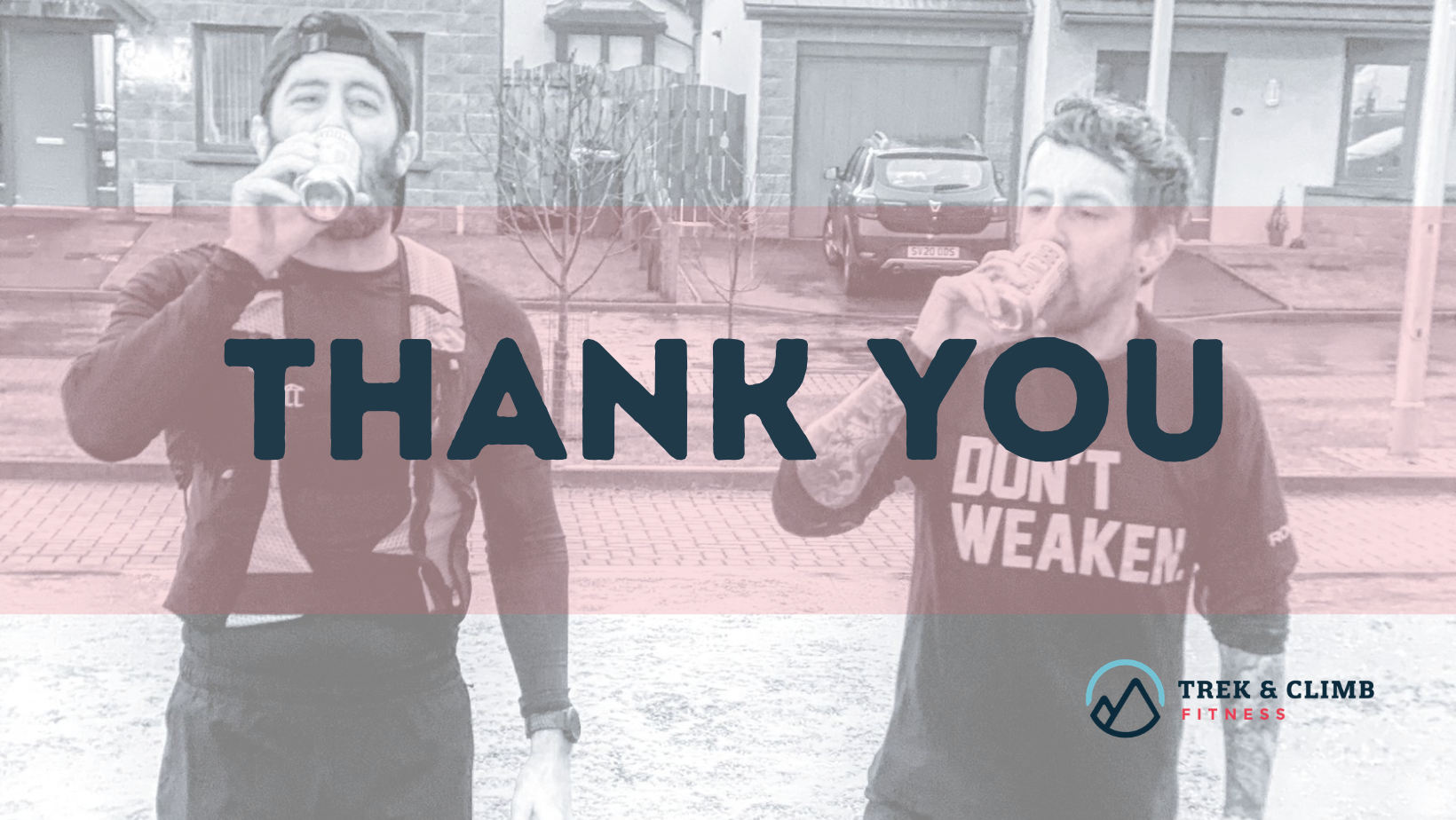 Five Essential Things You Will Need on Your Next...

Here is a list of five things you need to take on your next expedition in the mountains: Comfy worn in boots The most...