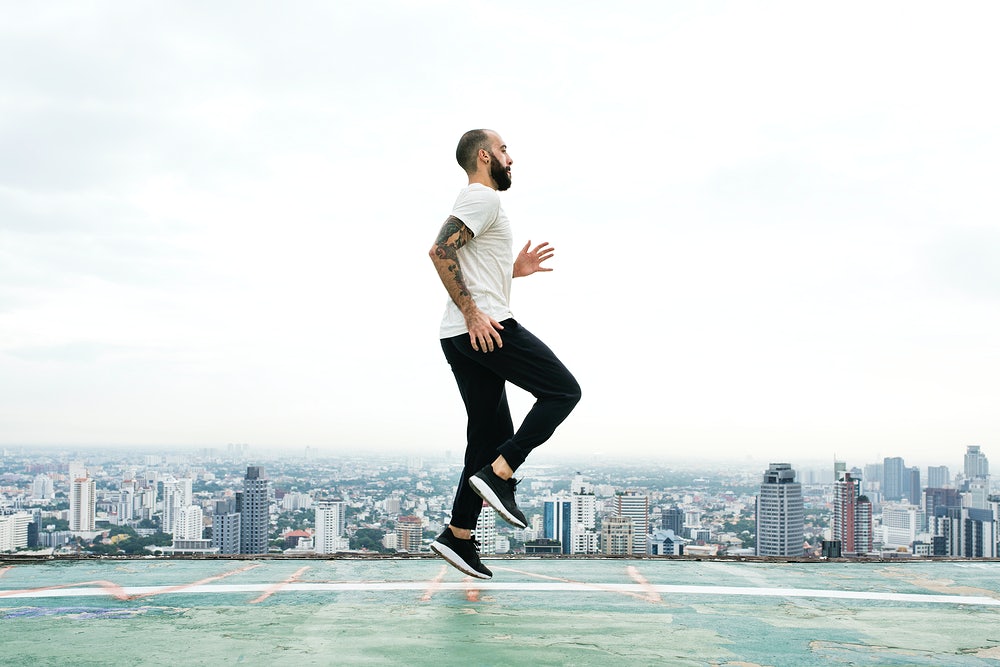 Why You Need to Train Calisthenics

Calisthenics or bodyweight training has been around for a really long time. In fact, the ancient Greeks only used Calisthenics to train for the Olympic games because, well, there were no gyms around. Have you seen the statues of these men and women? They were all strong and shredded. Their diets were clean. Calisthenics and the movement behind it have made its way from ancient times into the modern world.

Why? Because it is very much still effective.

Some of you might have already known this little history lesson but still question why should the modern-day fitness enthusiast, athlete, mother of 3, gym noob, or even someone who’s never gone on a fitness journey before use this ancient form of exercise. I mean, we aren’t the people of old, we have our climate-controlled gyms and our state of the art equipment. In the last 50 years, the art of bodybuilding has produced some of the greatest athletes and physiques of our era, something no ancient olympian could compare with. So why even bother with plain old pushups, sit-ups, and squats when you have your barbell chest press, ab machine, and leg press machine.

And I want to state that I’m not discouraging anyone from lifting weights in a gym. It definitely has its place, as it should. I too was skeptical of doing basic movements and believed the equipment was what made the gains.

I regret not training calisthenics sooner because had I done so I would have attained those gains I craved so much faster.

So back to the topic at hand. If you’re reading this article you’re essentially researching if a calisthenics program is worth investing your valuable time into. Or should you just push on to something else?

Here we go. I am going to list 3 simple yet important reasons why everyone under the sun needs to train Calisthenics.

1. You will move better in real life

Calisthenics is all about moving your own weight through space in an efficient and effective way. Calisthenics trainers/athletes stress the importance of real-life functionality that can only be attained from training such as Calisthenics. This is often overlooked by the young crowd who doesn’t look ahead to the struggles of moving up a flight of stairs, getting down on the floor to retrieve a dog toy under the sofa, or balancing on the roof setting up Christmas decorations.

When you train using the resistance your body naturally gives to you, you unlock a deeper connection to your movement vs the gym-goer who uses the machines which only allow for one track movement putting them at a disadvantage to everyday life. They will become stronger without a doubt, but they will only become stronger in the range of motion the machine allows.

2. You hit every muscle

The majority of Calisthenics training is compound movements. A compound movement is one in which uses multiple muscle groups to battle the resistance. Because you are using more muscles to complete the task you:

This is more aimed at new gym-goers who don’t know how or are intimidated by free weights. Instead of just doing leg extensions on the machine do 20 squats and then do your isolation exercises and you will feel the benefits of that full compound movement which is the squat.

This one is obviously less about the science of movement using bodyweight resistance but more so on the feeling, you get when you can control your body in a way that most people cannot. Take a handstand for instance which is a staple static movement in Calisthenics. It doesn’t matter how much weight you can press or how many ab machine reps you can get. It’s something you have to train for day after day with a specific training routine.

Once you unlock the handstand you will have achieved something no one else can. And that is something unique and special. Take it one step further and train to unlock handstand pushups which will grab anyone’s attention and boost your gains like no other training method. You have mastered your body in a way that cannot be replicated by the strongest bodybuilder, professional athlete, or endurance runner. Being unique is badass. Standing out in a crowd of sameness is badass.

To wrap things up here, it’s important to note that calisthenics has one other benefit that is a bit obvious but necessary to reiterate.

You only need yourself and the minimalist of equipment to get the most out of calisthenics. Simplicity is sometimes the best way to train. I know of people who do pull-ups on a solid tree branch, pushups with their feet on a bench and box jumps on a picnic bench in a park. If you live near an outdoor gym setup that’s great too, but let me tell you my absolute favorite part about training calisthenics before you stop reading.

Calisthenics finds a way if you want it bad enough.

No gym? No problem. Going on vacation? Good, I’m doing 100 pushup and 100 burpees in the hotel room. It’s too hot or too cold to workout at the outdoor fitness park? Well, I guess I’m doing an at-home workout.

There are no excuses available and once more people realize this then there will be more people living happier, healthier lives. I want everyone to know that just because I love calisthenics doesn’t mean it’s the only way I train. It’s important to be well-rounded no matter if you’re an athlete or just someone who works out 2-3 times a week. Never overlook a style of training because it seems too basic or easy. Instead, take what you can learn from all styles of training and become the best version of yourself.

I leave you with one challenge. Do as many pushups and sit-ups as you can do every night and see how much that number goes up in 1 month.

I’m willing to bet that number increases and you get stronger.

Calisthenics in the Covid-19 Era and Beyond

It is no secret that the year 2020 has left the world scarred. Thinking back to this time last year, we really had no idea...