Talking from experience here, I am telling you of the importance of stretching out your hip flexors on a regular basis. 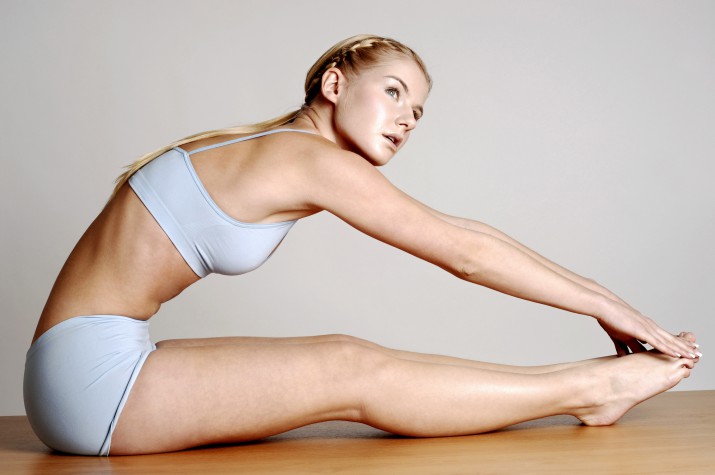 Sitting down all day leaves the hips in the flexed state, which in turn will overtime lead to a shortened/tight hip flexor.

Because as we know when a muscle is flexed or contracted it is shortening. Take the bicep muscle for example. When the elbow flexes the bicep muscle contracts and shortens, in turn bringing the forearm up closer to the shoulder.

The job of the hip flexors muscles is to flex the hip joint, which brings the leg up.

Every step you take when walking is activating the hip flexors. When you are seated the leg is up, therefore the hip is in flexion.

A lot of people these days have jobs that require them to sit for long periods of the day, soon as they finish work they get into their car to drive home, which again puts them in the exact same position, and then the vast majority of the population will go home and sit on the couch and watch TV all night, again putting those hip flexors in that shortened state.

With these muscles in a shortened state for such long periods of time each day unless they are stretched out, muscle imbalances are going to eventually occur, leading to poor posture, injuries and/ or lower back pain.

Tight hip flexors will lead the glutes and hamstrings to become stretched and weak, and not used efficiently in functional movement. This then requires the quadriceps to take over the workload and do most of the work in basic movements like walking, standing, sitting etc. This will also then lead to tight quadriceps muscles.

Over time with the hip flexors and quadriceps being tight, and having weak glutes and hamstrings will cause the pelvis to tilt forward, creating an anterior pelvic tilt.

An anterior pelvic tilt is where the rear of the iliac crest (pelvis) sits noticeable higher than the front, making it look like its sloping downwards, if looking from side on.

If this is left unattended it will lead to lower back pain in individuals due to the back extensors becoming so tight, and also creating lordosis in the lower spine, which is where the spine becomes over-arched.

Although this issue is much more common in sedentary people who do no physical activity, it can still affect people who are regularly active.

If you do have tight hip flexors you will notice it is majorly affecting your squat performance as hip mobility is key for glute activation of the squat. With tight hip flexors it is highly likely that the deeper your squat goes, the further forward you will be leaning putting additional stress on the lower back. The more you lean forward during a squat motion, the more it takes the work away from the glutes and slams the quads with having to do the majority of the work.

The muscles that are going to be tight and require stretching and foam rolling are the hip flexors, mainly the psoas, quadriceps and the back extensors.

The muscles that will require some strengthening will be the glutes, hamstrings and the abdominal muscles.