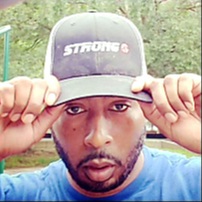 There is an interesting fact about being strong. It is the basis for athletic and physical endeavors. Having adequate levels of strength has a carryover to all levels of fitness. In essence, getting stronger basically means the ability to move resistance. It means moving both bodyweight and/or external objects with less effort than you previously could. If you want to look and feel better, becoming stronger will help you achieve these goals. It is really that simple.

Now that we have established that being stronger has a carryover to levels of fitness, it is suggested that training for physical strength should be in every athlete’s and fitness enthusiasts’ program. Remember being strong in its basic definition is the ability to move an internal or external load. Therefore training for strength will have a carryover to your specified outcome. This is happening for the majority of people who are passionate about health and fitness. Now keep in mind that if we’re talking about a competitive athlete in season or prepping for competition, then it is feasible to put less focus on pure strength training and rather focus on attributes which have priority.

So what are some ways we can be sure that we are getting stronger through our training? A sure way to confirm that you have got stronger using something that has been around since the test of time is documentation.

If your maximum (most reps you can perform consecutively) number of reps is 50 and you reach 51 the next time you perform push-ups, you just, without doubt, documented a strength increase. It’s the same way with weight training. If your squat increased five pounds from a previous attempt, then you just got stronger. You can also measure an increase in strength from explosive movements. If a sprinter reduces their 40-yard dash by even one second after focusing on strength in non-competition season, that is evidence that they became stronger during a said training phase.

To close this post out, always be certain that regardless of your fitness goal(s), the stronger you are, the quicker you will reach them.

All Around Strong LLC