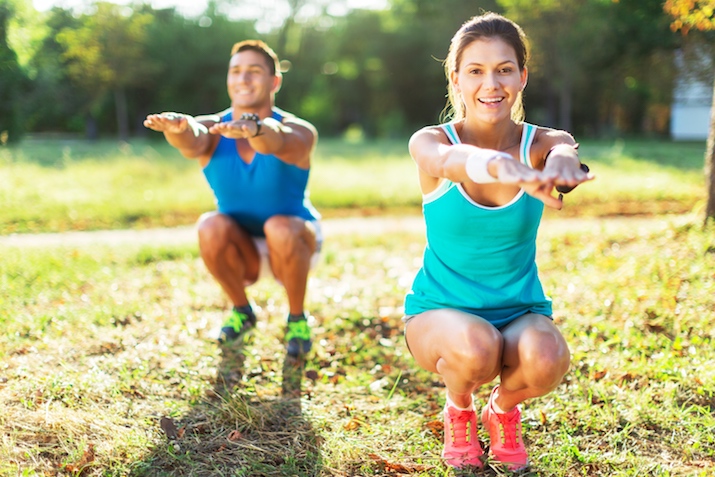 One of the biggest fads of recent has been the growth of wanting to do “functional training”.  This term gets thrown around too often and for the wrong reasons.  We have all seen the post on social media of people doing single leg squats on a stability ball and claiming it’s “functional”.  Function training all depends on the adaptation, what’s functional for you may not be functional to someone else.  So this depends on the individual and training goal… as usual.

But one of the few exercises that is functional ACROSS the globe is the squat. Everyone squats… kids, teens, adults, and grandparents.  We can all use a little more lower body strength. We should be squatting more.

But does everyone need to squat? Even your grandparents?

Well yes.  Let me tell you why.

As we get older our balance needs become greater, people think that for balance we should be focusing on doing every exercise on a single leg or unstable surface.  While I don’t disagree with that training approach, I think an overlooked aspect of training older adults, especially with the goals of preventing falls, Is lower body strength. You see preventing a fall isn’t going to be stopped by how good your grandparent can stay on one leg, but the speed and strength of his other leg to catch the rest of his body and decelerate the fall.

Not to mention the increase in lower body strength will not only aid in fighting osteoporosis but will also give your grandparents a sense of independence. They’ll be able to do more without relying on the help of assisted living.

So now the next step is to throw paps into the squat rack and throw as many plates as possible and hope for the best? Right?

Let me list a few, these progressions will build on one another assuring a safe way to progressively overload the muscle group.

Unless someone has specific goals to do a barbell back squat, I usually stop there and just progress by adding more weight, reps, sets, tempo, or time under tension.

I think when people think of the squat, the first thing they picture is a 200 lb power-lifting performing a world record lift. When in reality, the squat is just one of the many basic movements we all do in everyday life. Mastering basic movements are what improving the quality of life is all about.

What’s the Best Training Split for You?

Over the years we have all made transitions from different training splits.  Whether you like to train individual body...