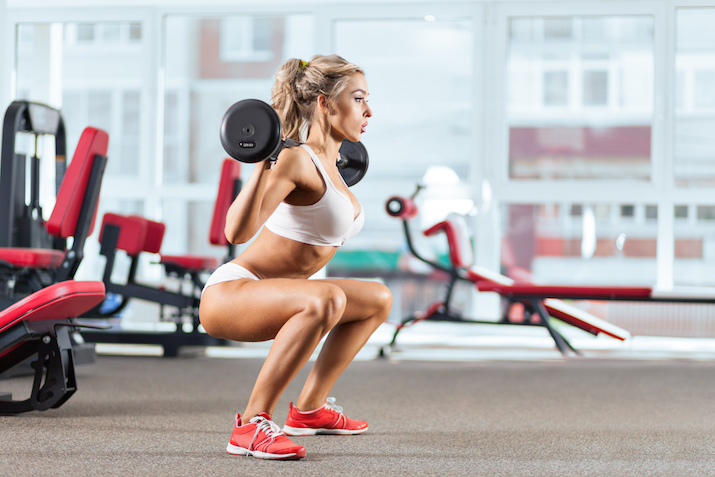 A lot of people think that squatting helps build and strengthen the core. I don’t fully subscribe to that notion. Yes, there is a need to properly brace the core, have a strong midline so that you can keep an upright torso and not collapse. Bracing has probably become the biggest “new” thing in the weightlifting world but people often misunderstand what that actually means in terms of helping the core. It keeps you stable, but it does not build strength. There are others who believe in the “drawing-in” method, where you’ll pull your belly button into your spine to activate your transverse abdominus in order to stabilize.

Working on properly knowing how to breathe is paramount. Aside from taking time to strengthen your midline doing things such as RKC planks, planks, and hollow body holds, breathing is the best thing to do. Back to bracing, I said people have the wrong idea or do it wrong, because they don’t fully understand what it means. Old-school weightlifters use to wear big belts when squatting heavy loads, they would brace by taking a breath and pushing their belly’s against the belt, thus stabilizing them.

The best way to go about strengthening your core while squatting, after doing strengthening, is to take a deep breath, increase the intra-abdominal pressure (IAP), and focus on activating all parts of the core–the rectus abdominus and transverse abdominals. Cal Dietz, Strength and Conditioning coach for the University of Minnesota, says “the body will properly stabilize itself when a heavy load is placed on it, no need for extras.” This is true especially for beginners, you don’t want to overwhelm them with too many cues. Teach them the proper mechanics first and foremost.

What do you think?
Cancel comment
How to Build Stability Through the Shoulders

A strong and lean body looks great, but a rock-solid midsection, or pillar, including your hips, core, and shoulders, ...

Is Sushi Right For Your Diet and Fitness Goals?