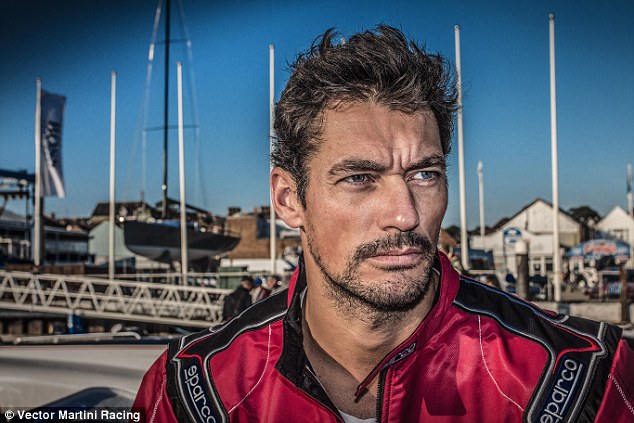 Creatine has been demonstrated to increase lean muscle mass, boost strength, and provide athletes with more energy during intense workouts. It has been used as a standalone performance supplement for years to help athletes increase ATP and build more muscle and strength.

Lately, athletes have been taking creatine and beta-alanine supplements together to create a synergistic relationship that has many beneficial effects.

The purpose of this study is to answer questions of how the mutual and independent effects of creatine and beta-alanine supplementation can improve performance and endocrine responses in athletes (Hoffman et al, 2006).

A study by Jagim, Wright, and Doberstein (2011) demonstrated that although beta-alanine was shown to elicit an increase in carnosine within the muscle cell, it was found that anaerobic exercise does the same thing.

Overall, athletes who participate in extended bouts of high intensity exercise may not benefit from the extra increases that beta-alanine induces. This study demonstrated that the already heightened levels of carnosine in the muscle from anaerobic exercise were increased to a very much higher level with the beta-alanine.

The endocrinal response from the body through anaerobic exercise counteracted with the beta-alanine, resulting in negative performance results for athletes engaging in long bouts of activity. Jagim (2001) and his research team had limitations in their data that should have been taken into account.

They needed to provide more detailed reports and data that showed what their subjects were eating on a day to day basis. This could have made the report much more detailed and allowed them to find other variables that could increase carnosine levels in the body.

Subsequently, another studied found that there was no “ceiling” phenomenon, and excess carnosine levels could be elevated to over 40% above baseline (Derave et al, 2007). Judging from these two studies on independent beta-alanine ingestion, sprinters and power athletes seem to be more receptive to the heightened carnosine levels than high-intensity athletes who have to use more endurance.

Another study by Hoffman et al (2009) demonstrated that two weeks of beta-alanine supplementation decreased fatigue, improved power and increased muscle endurance by allowing the participants to perform a greater number of repetitions. The chart below shows the testing protocol for this study 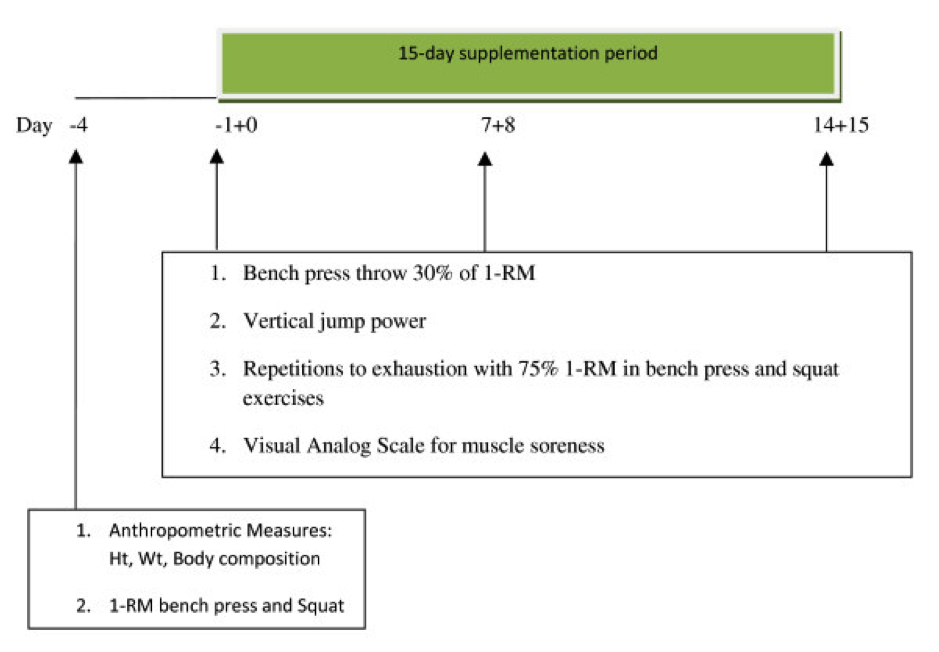 Hoffman et al (2009) show a very thorough testing scheme that is not apparent in other reseources. They use great depth in their study by demonstrating subjective tables for “muscle soreness” and “dietary food logs” that allows the study to take on multiple factors and scenarios.

Having tables and charts implemented into a research study enables the reader to fully grasp the subject and variables of research to better understand what the results mean. This research study provided a clear and concise methods section that did not show any limitations in the process of obtaining data.

Creatine supplementation has been thoroughly researched for almost two decades now and is better known around athlete circles for its ergogenic effects than beta-alanine. Zuniga et al (2011) performed a study that demonstrated the effects of 20 grams of creatine monohydrate for 7 days on anaerobic performance and 1-RM strength in athletes.

It concluded, that there was no increase in bodyweight or 1-RM strength, but mean power was heightened by 5.4 %. One limitation pertaining to this research is that 7 days is a very short time to see any major endocrinal influences from supplementation. Power will always increase before strength, and strength will improve before hypertrophy.

Overall, research reports like this have to take into account daily health factors (i.e. sleep, diet, supplements) to allow the data to be more in depth. Allowing the study to continue for another 7-14 days would give better insight into what creatine monohydrate loading can offer.

One study that used a longer testing period is from Wilder et al (2001) that test the effects of low dose creatine versus creatine loading in football players across a 10 week time period. The table below shows that the only differences in performance were significant time effects in the 1-RM squat strength and fat-free mass.

This longer collection time allowed the researchers to collect more information than previously noted studies above. Strength and fat free mass both showed significant improvements and backs research that power is recruited first, then strength, then fat-free mass.

A study by Pearson et al (1999) used a 10 week data collection investigation that looked into the long term effects of creatine monohydrate and power. It compliments the Wilder et al (2001) study above by proving that low-dose creatine supplementation is just as efficient as large dose loading for athletes to gain strength and power.

After examining the effects of beta-alanine and creatine supplementation independently on performance, the next step is to look at how they work together and see if the endocrinal response is activated that much more.

Zoeller et al (2007) suggest that the combination of beta-alanine and creatine may potentially enhance endurance performance compared to just using one or the other independently. This 28 day research study had limitations in that the fifty-five men who participated where not asked about their health history or previous exercise experience.

Hoffman et al (2008) go into more detail with their study and found that their collegiate football subjects saw improvements in their lean body mass and strength during a 10 week period. Stout et al (2006) performed a study that relates to Zoeller et al above by noting numerous increases in neuromuscular fatigue and time to exhaustion.

These recent research articles suggest that combining beta-alanine and creatine can have a synergistic affect that works much more efficiently than when used alone. Knuttgen (2007) demonstrates this synergistic effect with a comparison and contrast chart that provides power output, activity, energy systems, and effectiveness of creatine/beta-alanine being helpful.

Creatine and beta alanine have been shown to have a synergistic effect due to the fact that creatine will provide more ATP and beta alanine buffers lactic acid. Research findings above as well as the chart, demonstrate that creatine along with beta-alanine increases lean body mass, muscular strength and power, and helps athletes involved in short burst activities recruit more energy in the phosphogen and glycolic systems.

The initial purpose statement is supported and reinforced by bringing two very important supplements that do little for performance independently, but when used together can bring about an exceptional endocrinal and ergogenic response.

What do you think?
Cancel comment
If You Dream of Having a Thigh Gap, You Need to Find a...
Jessica Duke October 14, 2020

If you dream of having a thigh gap, you need to find a new dream. In a Victoria’s Secret Fashion show back in 2012...

The cycle of obesity is a vicious one, and I was there for my first 20 years of life. Here’s my story! My name is...

Today I’m going to share with you 5 advanced ways to drop fat! 1. Track Macros If you are struggling to lose weight and...