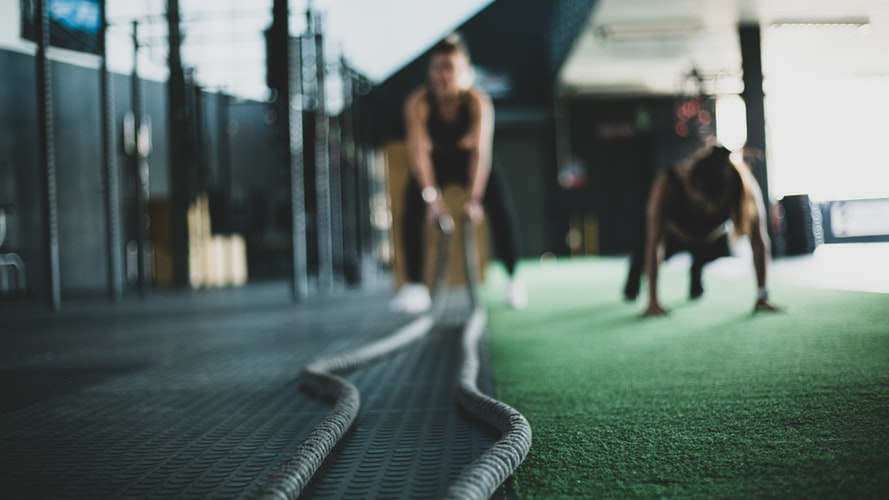 With the CrossFit Games taking place last weekend I feel it’s appropriate timing for me to put out my own opinions on the sport of CrossFit. Throughout my training career, I’ve tried numerous training modalities including CrossFit. In fact, I trained like a CrossFitter for a little over a year before deciding it wasn’t for me (more on that later). I’m not trying to berate anyone for doing CrossFit. The objective of this post is to outline some very clear facts that I can see and I think it will be hard for any good coach to debate the points I’m about to make. If you are a CrossFit fanatic I urge you to read this post all the way through before jumping to conclusions.

Let’s start with what I like because there are many many positives to be taken from CrossFit. The CrossFit Games is a spectacle that I thoroughly enjoy watching every year. The athletes that take part in the games are absolute monsters and deserve heaps of credit for their dedication to their training. I can’t even fathom the hours they put in and this post takes absolutely nothing away from them. If your ambition is to compete at the Games, or even Regional competitions then fill your boots- it’s a great sport.

Secondly, CrossFit’s contribution to the reinvigoration of barbell training cannot be ignored. Before CrossFit, you would never have seen bumper plates appearing in big box corporation gyms. These days, it is almost a requirement for these gyms to have functional areas with platforms and bumper plates galore. I believe that barbell training, squats, and deadlifts, in particular, are hands down the most effective exercises when it comes to building lean muscle mass.

Finally, CrossFit has helped teach women that it’s okay to lift heavy. The ladies that take part in CrossFit boast impressive physiques – largely due them not being afraid to squat, deadlift, etc. Whilst there is much work to do on this front, CrossFit is absolutely helping.

Unfortunately, this is my compliments to CrossFit end. So what’s bad about CrossFit? I think it’s important I outline who I think CrossFit is bad for. If you are an athlete and you accept that CrossFit is a sport and that sports come with inherent risks, then go ahead, WOD (workout of the day for the uninitiated) your heart out. Now if you’re just an average person who’s looking to add a bit of muscle, lose some body fat and feel better about themselves, then CrossFit isn’t for you.

Let’s talk about programming. CrossFit is designed to challenge all aspects of fitness – or so they say. The reality is if you’re following the programming of the main website, the programming is random, very random. Studies are extremely clear on the fact that in order to see the continued progression the principle of periodization needs to be applied. For those of you who CrossFit and have never heard of this crazy idea: periodization means training for a specific adaptation (typically split into strength, hypertrophy, and muscular endurance) for a period of 2-5 weeks until your body adapts, then switching to seek out a different adaptation. CrossFit’s random programming does not allow for this. It doesn’t give you time to get good at anything, and massively over program endurance and cardio-based activity.

Intensity management is another area CrossFit fails at miserably.

CrossFit prides itself on programming sickeningly brutal workouts. “Beast mode” mentality is most definitely adopted in CrossFit boxes, in fact, if you aren’t lying on the floor gasping for air at the end of the day’s WOD, then why did you even show up? Now, the CrossFit Games athlete, or those aspiring to be them, can handle this. They are dedicated to their sport and understand that some pain is inevitable.

The average Joe, however, may be able to sustain this for a month, maybe 6 months but in the end, burnout will inevitably occur. This will probably lead to them giving up on their fitness goals altogether, leaving with a body completely broken and worse off than when they first walked into that box. All of that intensity is not ideal if the goal is weight loss either: too much cortisol, not enough recovery, and the body is going to hold onto that weight. The body is also going to adapt to the stresses put on it. This means those high-intensity workouts become less and less effective at burning calories.

Coaching is also an issue in CrossFit.

Now, there are good and bad coaches everywhere no matter what modality they use to train people. In fact, the facility I work in has some excellent CrossFit coaches who I would highly recommend if that is something you’re interested in. The problem lies in the group setting. Particularly, at official CrossFit boxes, the majority of training is done in group classes. The coaches are simply outnumbered. They can’t possibly make sure everyone is exercising with quality form, they can’t possibly tailor workouts to individual needs- yes, they can scale a workout – but I’m talking about tailoring the training to an individuals needs to be based on injuries, lifestyle choices, postural issues, state of mind, etc. This isn’t so much a CrossFit problem, it’s a problem with group fitness classes in general (stay tuned for a blog post on all of the group fitness coming soon).

Exercise selection. In particular two aspects of exercise selection that dominate CrossFit’s programming that make my blood boil more than I care to admit. Let’s start with the lesser of two evils.

Plyometrics. Plyometrics are designed to increase power and explosiveness. They are often athletic movements usually involving jumping of some kind. Movement quality is critical to their effective use in training. So what does CrossFit do? Programs box jumps into high-intensity workouts, making it near impossible for even the fittest of athletes to move with good mechanics.

This results in the risk of injury increasing tenfold. Why do we have people who have yet to master a bodyweight squat attempting to do box jumps? It’s insanity. CrossFit completely misses the point of these exercises. By programming them into WODs, they eliminate any potential gains in explosiveness and place all the emphasis on training the cardiovascular system. If that’s the desired outcome, go for a walk. It’s safer and you won’t stress your body out. 1 calorie burned doing box jumps vs. 1 calorie burned walking = 1 calorie burned.

If doing box jumps at high intensity wasn’t dangerous enough, why not throw some gymnastics into the mix and see how people hold up? Gymnasts are incredible athletes in their own right, most of them have been practicing these movements since the age of 5. Its almost insulting to them that CrossFit encourages people to use movements like handstand push-ups, ring muscle ups and handstand walks in a workout. These movements should not be taken lightly yet CrossFit includes them almost as an afterthought. How the average person is expected to learn all these different modalities and then incorporate them safely into a high-intensity workout is beyond me.

Surely that’s all I can have to complain about, right?

Wrong. In fact, I’ve saved my biggest complaint till last. Olympic Lifting. Olympic lifts such as snatches, clean and jerks, hang cleans, etc. are a highly effective exercise for building athleticism, strength, and power. They are also hands down the most technical movements that can be performed in a weight room. They require exceptional levels of mobility and years and years of practice. Performed with the perfect form they are fantastic.

Unfortunately, the margin for error is tiny, at which point they become extremely dangerous. If you go to a top Olympic Lifting coach, he or she will have you start practicing with a stick. You could potentially be practicing with a stick for months. Practicing the movement pattern over and over again. Olympic lifters will rarely perform more than 5 lifts back to back, and they take abundant rest time to make sure they are fully recovered and focused on the next lift because if they are not focused things could go terribly wrong. What does CrossFit do? You guessed it,  high-intensity workouts with insane volume involving Olympic lifts. Madness.

This is actually the thing that triggered me to move away from CrossFit.

I realized that these movements were far too complicated to be trying to learn at such intensities. It made no sense. So I backed right off the CrossFit and put all my focus into Olympic lifting. Even when I did that, my progression was extremely slow. To give you a comparison, it’s kind of like golf in terms of difficulty. The margin for error is so small that you could hit the ball perfectly maybe once in an entire session. Same with Olympic lifting, you might have a great day one day, and then go back the next and your body is off and you don’t hit a single lift. The use of Olympic lifts in CrossFit workouts is dangerous and irresponsible.

Spin Is Making You Fat

Soul Destroying I recently took a trip to New York. It wasn’t until venturing off the relatively sheltered sanctuary of...