There’s no doubt you have heard the arguments before. On one side you have people saying that eating once every day within a short window will provide optimum gains. On the other side, you have fitness enthusiasts saying that the best way to eat is to break up your meals into extremely small portions and basically snack the entire day.

Does meal frequency actually help determine what your metabolism is, how much fat you lose, or whether or not you can gain muscles quicker?

So who’s right? Is anyone right? Does meal frequency actually help determine what your metabolism is, how much fat you lose, or whether or not you can gain muscles quicker? To answer these questions and more, here are some of the most common meal frequency myths that are circulating the internet and gyms all over the world: 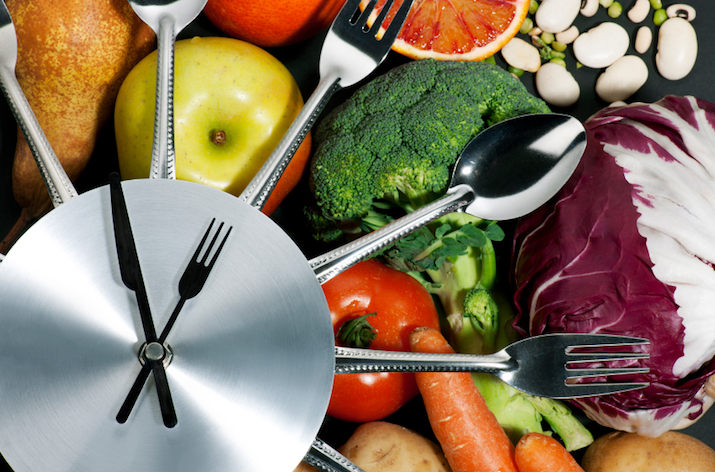 Myth #1: My Metabolism Will Increase If I Eat More Often

If you asked most people why they switched to eating multiple small meals more often throughout the day, the answer would be because they want to increase their metabolism. The truth, however, is that metabolic rate is not affected by how often you eat meals. Instead, your metabolism is determined by a wide range of factors that mostly revolve around the total number of calories that were eaten in a day. So instead of focusing on how often you eat, put an emphasis on how much you are eating.

Myth #2: I Will Lose More Weight by Eating 6 Mini Meals

This can tie directly into the first myth, but another common reason people eat more frequently, typically 5 or 6 “mini-meals” throughout the day, is because they believe that it will aid in weight loss. There have been numerous studies done on this belief, however, and the results are the same. As long as calorie consumption remains the same, there is no real difference in how fat is burned or weight is lost regardless of whether the calories were consumed in one huge meal at the start of the day or spread out over 6 miniature meals.

Myth #3: I Will Have Better Gains If I Eat More Meals

This is a claim that circulates the bodybuilding and fitness community often. The belief is that spreading out meals evenly throughout the day will result in more efficient protein synthesis which can lead to better muscle gain and muscle retention compared to eating once or 3 times per day.

There has been a study done on this claim and the results were in line with the other two myths mentioned: that meal frequency does not play a large role in protein synthesis. However, it should be noted that the study conducted was not with bodybuilders or high-level athletes that train regularly. Ultimately, though, your focus should be on making sure you are consuming enough calories and adequate amounts of protein throughout the day.

So What Is the Best Meal Frequency?

The answer to that question is simple: there isn’t one. Increasing or decreasing meal frequency is likely not going to play much (or any) role in what your metabolic rate is, how much weight you lose, or whether or not you gain or retain lean muscle mass. Instead of focusing on how often you eat, make sure that you are keeping track of your caloric intake and your macros instead as these are much more important factors.