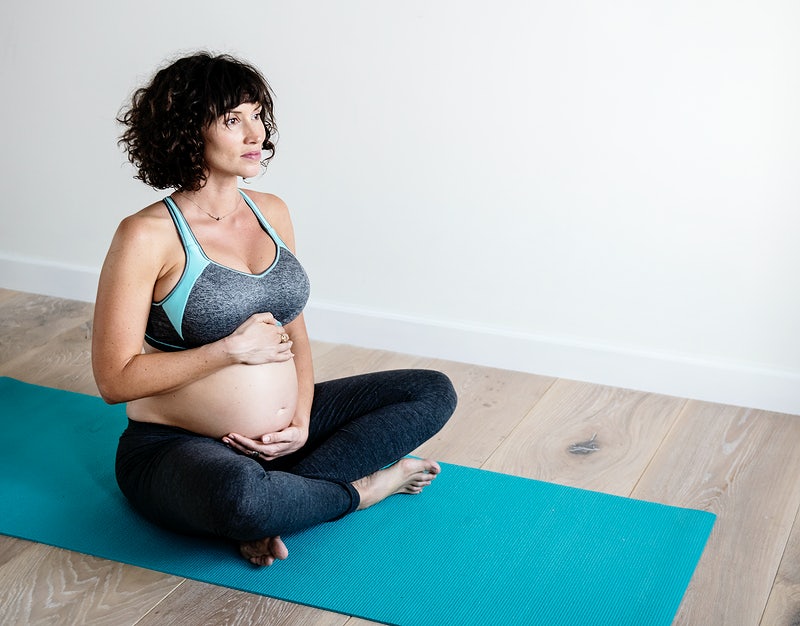 In the early to mid-1900s, pregnancy was regarded as a state of confinement. It was believed that exercise should be discouraged due to a number of theories:

However, even though we need to take these theories into consideration, more current evidence suggests that exercise during pregnancy can be safe, and even beneficial in Women who are considered ‘low risk pregnancy”.

In 1985, the American College of Obstetricians & Gynaecologists (ACOG) released a position statement that claimed “Women who have previously engaged in regular physical activity may continue to do so with the following restrictions:

The studies that followed this position statement found that these regulations may actually have been too conservative and hence a new position statement was released in 1994, which revealed that “Women who have previously exercised can continue mild to moderate exercise with no restrictions to heart rate and time.”

Then, in the late 1990s, there was an influx of research concerning the discussion around Gestational Diabetes and a new position statement was released in 2002 stating that “30 minutes or more of moderate-intensity exercise on most if not all days is recommended for all pregnant women in the absence of medical or obstetric complications”. This means that exercise can be safe and is beneficial for previously sedentary individuals. Furthermore, following medical review, exercise may still be recommended in the presence of medical or obstetric complications with supervision from a qualified healthcare professional.

A study by Bauer et al. (2010) showed that 99% of healthcare professionals (that included medical doctors, obstetricians and midwives) agreed that exercise during pregnancy is beneficial, however, 64% of these respondents were not aware of the abolition of the 1994 ACOG guidelines in regards to heart rate and time restrictions. The implications of this study bring me to the point that it may be a very long time before people are aware of the most recent ACOG committee opinion in 2015.

So, here are the most up-to-date guidelines regarding pregnancy and exercise according to ACOG committee opinion 2015:

In summary, exercise is safe and even beneficial for most women during their pregnancy. There are some conditions (such as gestational diabetes, morbid obesity and chronic hypertension) where an unsupervised exercise program poses a risk, however, provided with suitable health professional monitoring, an exercise program would be of benefit. It is imperative to attain Obstetrician and/or Gynaecologist clearance.

“The Knack” is a technique that uses your Pelvic Floor exercises in a functional way. This is used to prevent...

The Diaphragm is a thin musculotendinous sheet that attaches to the sternum, ribcage, and lumbar vertebrae. It serves as...

What You Need to Know About Hydration

H2O or hydrogen oxide (more commonly known as water), is the molecule of life. It is made up of two hydrogen atoms bound to...