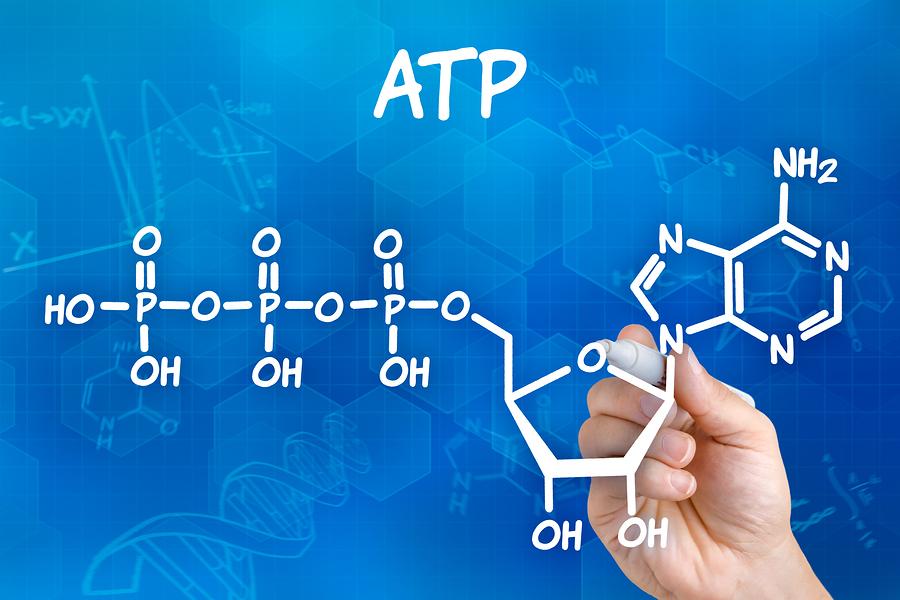 Energy cannot be created or destroyed, it can only be converted from one form to another.

The body, like all machines, requires energy for movement, to produce force, to generate heat, and to grow or repair tissue. The body uses energy in the form of adenosine triphosphate (ATP). This is the energy currency of the body.

ATP is synthesized from the macronutrients in food:

1. Carbohydrates in the form of glucose.

2. Fats in the form of fatty acids.

3. Proteins in the form of amino acids.

These chemical substances are also known as energy substrates. All three of these macronutrients (or substrates) play an important part in the complex process of ATP production.
Although glucose and fatty acids are the preferred energy sources, proteins can be used in extreme circumstances. E.g. when glycogen stores (glycogen is the stored form of glucose) are depleted or food is scarce. ATP releases the energy required to drive the sliding filaments in muscular contractions.

As long as the ATP supply is sufficient to meet demands, muscular activity can continue. To meet these demands, the body has three energy systems that work together in an integrated manner:

1. The aerobic system (also known as the oxidative system).

2. The lactate system (also known as the anaerobic glycolysis system).

When one of the high energy bonds is broken, energy is released and the myosin heads nod to draw in the actin (sliding filament theory). Following this reaction and release, adenosine diphosphate (ADP) and one free phosphate molecule remain. The myosin head then binds with another ATP molecule and another contraction is possible.

Whilst ATP is available, more contractions are possible. The store of ATP within the muscles is very limited. Without resynthesis, ATP stores would only last approximately one to two seconds. The three energy systems provide the mechanism by which ADP is converted back into ATP, ready for reuse.

Aerobic simply means ‘with oxygen’. It refers to the energy system that resynthesises ATP through the complete breakdown of glucose and fatty acids in the presence of oxygen.

The aerobic system dominates during low-to moderate-intensity activities (up to 75% maximum heart rate), and it is essential when recovering from higher intensity activities. When activity intensity is low, oxygen is relatively plentiful and is sufficient to allow the complete breakdown of fats and carbohydrates.

The process of aerobic energy release occurs in the mitochondria of the muscles. The by-products of this aerobic process are carbon dioxide (CO2) and water. Carbon dioxide is expired as breath. An increased breathing rate allows for the increased intake of oxygen alongside the increased expulsion of CO2. Water can be made available to cells or it is excreted in sweat or during exhalation.

Carbohydrates and fats are usually in abundance within the body, so the aerobic energy system can be used for almost a limitless length of time. There are, however, limits on the rate of aerobic ATP synthesis. When exercise intensity increases past the point at which sufficient oxygen can be taken in to allow the complete aerobic breakdown of nutrients, the lactate system will begin to assist ATP production to ensure that exercise and activity can continue.

The aerobic system does not stop working at this point. It continues to work whilst the lactate system provides additional support. The higher aerobic fitness an individual has, the higher the intensity that can be maintained with minimal support from the lactate system. Assuming there are no other confounding factors, the recovery time from aerobic exercise will be the time taken to replenish fuel stores.

Fuel and the aerobic system

Whether at rest or exercising aerobically, both fat and carbohydrate are required by the body, just in varying proportions. Fat is commonly said to ‘burn in a carbohydrate flame’. This means that fat cannot be broken down without the presence of carbohydrate.

At rest or during low-intensity activity, most aerobic energy is supplied by fatty acids. As exercise demands increase and ATP is required more quickly, glucose will begin to contribute more to the process. This is because fats yield more ATP than carbohydrates but they do it at a slower rate.

The lactate system essentially bridges the gap between the aerobic and the CP systems. It allows for more rapid ATP resynthesis by partially breaking down glucose without the presence of oxygen. This process is quicker than aerobic synthesis, but the inefficient breakdown means that it yields much less ATP per molecule of glucose.

Even at rest, small amounts of ATP are produced using the lactate system. Consequently there is always a small amount of lactate present in the blood.

This is called the ‘onset of blood lactate accumulation’ (OBLA). OBLA is an indication that lactate is being produced faster than it can be transported away for uptake or utilisation.

It was traditionally thought that blood lactate had a fatiguing effect on the muscular system, leading to a reduction and eventual cessation of muscular activity and exercise. It is now thought that lactate is not responsible for feelings of fatigue. And that it can actually provide an efficient energy substrate (fuel) that can be used aerobically and anaerobically (Hallet al., 2016).

Even though blood lactate does not appear to be the cause of the fatigue seen at these intensity levels, it is clear that OBLA and MLSS are indicators of an intensity level which cannot be sustained. An individual working at these levels would have to reduce the intensity of the exercise or introduce rest periods (e.g. interval training).

Typically, the lactate system can sustain moderate-to-high-intensity exercise at 75-95% of an individual’s maximum heart rate (HRmax) for a period of one to three minutes. Recovery from this type of activity can vary from 20 minutes to 2 hours, depending on intensity and duration

For high-intensity, short-duration activities, ATP resynthesis needs to occur very quickly. As ATP stores within the muscles are depleted within the first couple of seconds, the CP system utilises intramuscular (within the muscle) stores of creatine phosphate in order to resynthesise the ATP molecules for reuse.

This chemical reaction is very rapid, but CP stores are limited. CP stores in a muscle are approximately 3-6 times more plentiful than ATP stores. So they are depleted in a maximum of 10-12 seconds. As this system is derived exclusively from chemical energy stored within the muscles, the process requires no oxygen (anaerobic) and places no immediate demands on macronutrient stores. Once depleted, the stores of CP need to be replenished. This occurs when the body is at rest and there is a surplus of ATP being produced aerobically.

Creatine, which is either synthesised in the liver and kidneys or consumed (primarily as meat or fish) is transported to the muscle fibres. Here the surplus ATP converts creatine into creatine phosphate. Depending on the intensity and duration of activity, CP and ATP stores are 50% restored after approximately 30 seconds and fully restored after approximately 5 minutes’ rest.

So, there you have it, guys! The 3 main energy systems we use and how they work. I hope this has helped and you can take something from it.

Stop Rounding Your Back

Sporting a bent back during sets of deadlifts can cause injury. It’s a good thing the fix isn’t too complex....

How to Fuel Your Fitness Lifestyle