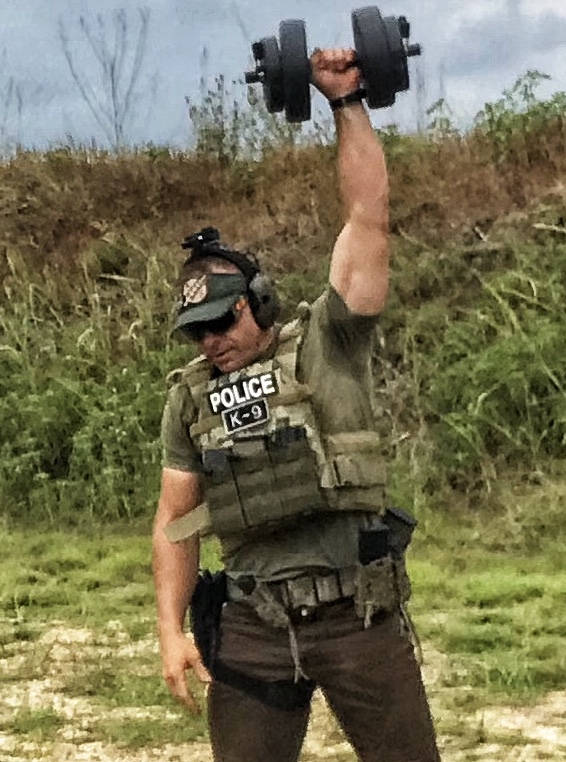 Red-Line Training for the Tactical Athlete

We as Tactical Athletes (LEO, Military) face unusual, unknown, and unexpected challenges as conditions, terrains, and situations are never constant. This requires a unique set of physical skills in order to succeed and survive.

We do not have the luxury of a proper warm-up and often operate in conditions lacking critical resources such as; time, vision, equipment, and adequate location.

Most of us know these demands require mental and physical toughness that is difficult to practice in a training environment.  Difficult yes, but not impossible.

Paramount yet often overlooked in the training environment is the need to be able to operate/function while “red-lining”. Red-lining is a common term used to describe an athlete performing at an extremely elevated heart rate. That state where the athlete experiences tunnel vision and often sees spots with the constant sound of the piston in their chest drowning out ambient sounds such as people talking/yelling.

Elite athletes in this state often experience an almost shift in time. Where an event taking place in actual time, is perceived is occurring in slow-motion. They often refer to this state as being in the “Zone”. Many of us accustomed to being in this state affectionately call it the “Dark Place”.

Being comfortable in this state is crucial to the Tactical Athlete as it conditions the Athlete to be able to operate and function in the fight or flight state synonymous with a combat situation. This is where fine motor skills literally go out the window and thinking becomes clouded as the primal brain can take over.

How do we get comfortable operating in this state?

Intense physical training such as MetCons that stress the body and push muscle endurance. Not marathon runs, but balls-out fire breathing work that pushes both the physical and mental boundaries of the Athlete. The training examples and modalities are too numerous to list. The important aspect is getting the body to that red-line state resulting in bulletproofing the chassis.

This type of training can be implemented and carried over into tactical training such as stress shooting. Stress shooting can elicit the same physical responses that take place while in a gunfight. Stress shooting will take an expert marksman not conditioned to be in the Dark Place and make them look as if they’ve never handled a firearm. This type of training should not only focus on putting effective rounds on the target but also deal with moving and shooting as well as reload and malfunction clearing. All done under the stressors of being in the Dark Place, sharpened skills are sure to be engrained.

Red-Line training can also be implemented into a Combatives program. Raised heart rate and increased breathing go hand in hand with being in a physical fight. This increases the Tactical Athlete’s “mat wind” and boosts their confidence in being able to outlast a combatant.

All of this more importantly strengthens the Athlete’s mental toughness which solidifies their Warrior Mindset. This results in a well balanced Tactical Athlete, Body, Mind, and Will. The will to win the fight. This type of Athlete is an asset and a motivator to their teammates.